3DPARE is deploying 3D printed reefs off the Atlantic coasts of England, France and Spain. 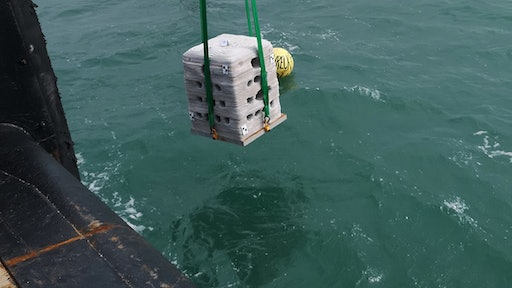 There are four artificial reef designs and each design has been 3D printed in two different concrete mixes, creating a total of eight reef units.
3D Printing Media Network

According to 3D Printing Media Network, after finalizing the 3D printed reefs in the labs of the Civil Engineering School of the University of Cantabria, 3DPARE is deploying them off the Atlantic coasts of England, France and Spain. Portugal is next in line.

The 3DPare project has a €1.9 million budget, funded by the Interreg Atlantic Area program, which promotes actions of innovation and competitivity, biodiversity, natural and cultural goods and the cooperation among the 37 regions of the Atlantic arc. The consortium is integrated by the University of Cantabria and the Ecole Supérieure d’Ingénieurs des Travaux de la Construction de Caen, the Instituto Português do Mar, Universidade do Porto and Bournemouth University.

The production of the reefs posed a great challenge since they are almost one-meter pieces with a weight close to one ton. From the total 36 pieces, 9 stayed in Santander, while the other 27 were sent to three partner centers in the project: Ecole Supérieure d’Ingénieurs des Travaux de la Construction de Caen, Universidade do Porto and Bournemouth University.