Low-Carbon Concrete to be Required in Ottawa Federal Projects

In Ottawa, the federal government is planning to set minimum standards for the carbon footprint of all concrete used in federal construction projects. 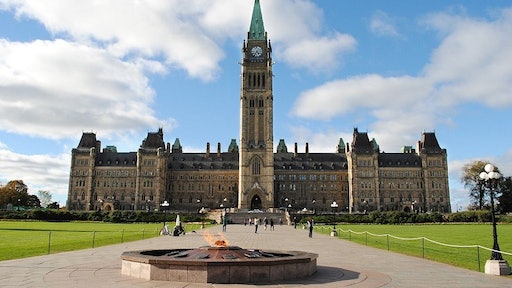 According to an article in Politico, the federal government in Ottawa, Canada is planning to set minimum standards for the carbon footprint of all concrete used in federal construction projects, in an effort to push the industry to curb greenhouse gas emissions.

Starting in 2021, Ottawa wants all cement used in federal projects be of a type that produces 10 percent fewer emissions than regular cement. It’s also considering setting limits on the carbon intensity of concrete purchased by the federal government.

“We’ve been lobbying or advocating to this government for the last five years, that in addition to the carbon-pricing mechanisms that they have at their disposal, like a carbon tax … that there are other options out there to reduce greenhouse gases at no cost to the taxpayer,” said Michael McSweeney, president of the Cement Association of Canada.