Arkansas Man Is 2012 Concrete Mixer Truck Driver of the Year

Timothy Lindsay has worked at GCC Mid-Continent Concrete for more than 26 years. 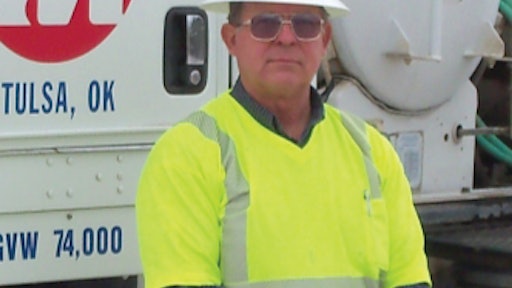 The National Ready Mixed Concrete Association (NRMCA) has named Timothy J. Lindsay of GCC Mid-Continent Concrete the NRMCA Mixer Truck Driver of the Year for 2012. A panel of judges from the ready mixed concrete industry selected Lindsay as the top driver from a large group of outstanding applicants from all across the United States. Lindsay, whose home plant is located in Siloam Springs, AR, was honored for his career achievements, safety record, professionalism, driving competency and customer service skills. He has worked for GCC Mid-Continent Concrete for more than 26 years.

"When I think of Tim Lindsay, the word I think of is integrity," wrote GCC Production Manager Keith Soper in the Driver of the Year nomination form. "He has been a loyal employee for 33 years and his safety record is amazing."

Along with the winner, a runner-up was also selected by the judges. He is 35-year veteran mixer driver Raymond Spradley of Titan America, LLC, from Port Norfolk, VA. Titan America Operations Manager Jay Trefry wrote, "Raymond has been working here for 35 years and continues to display an outstanding professional attitude while giving our customers superior service."

As the winner of the 2012 award, Lindsay will receive a $5,000 check from the Truck Mixer Manufacturers Bureau. As runner-up, Mr. Spradley will receive $500. The 2012 Driver of the Year winner and runner-up will be honored at NRMCA's Annual Convention, Tuesday, March 6, in Savannah, GA. The Chicago-based trade magazine Concrete Products is a cosponsor of the Driver of the Year program. Click here for more information about the award program, including a list of past winners.