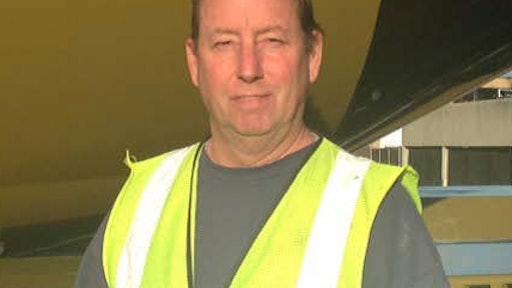 The National Ready Mixed Concrete Association (NRMCA) has named Edward Rieper of Eastern Concrete Materials, Inc., a U.S. Concrete Company, the Ready Mixed Concrete Delivery Professional Driver of the Year for 2015. A panel of industry judges selected Rieper as the top driver from a group of outstanding applicants from across the United States.

Rieper, whose home plant is located in Bogota, N.J., was honored for his career achievements, outstanding safety record, professionalism, driving competency and customer service skills. He has worked for Eastern Concrete Materials for more than 29 years, and is a proud member of Teamsters Local 560. “I am very proud of Eddie’s accomplishments,” says Teamsters Local 560 President, Tony Valdner. “It is a testament to the professionalism at Eastern Concrete and their drivers as a whole.”

“Eddie is a team leader, professional fireman and a great American,” wrote Eastern’s Vice President of Operations, Louis Petrillo when nominating Rieper for the Driver of the Year Award. “His, ‘I can, I will’ attitude and his resolve to do what’s right represents the best of what Eastern Concrete Materials, Inc. has to offer.”

Along with the winner, a runner-up was also selected by the judges. He is 27 year veteran mixer driver Henry “Pete” Scarborough of Concrete Supply Co., Charlotte, N.C. Concrete Supply Operations Manager, Tony Hunt wrote, “Pete has a great safety record and while remaining accident free, has won multiple company clean truck awards and has 25 high productivity awards . . . that needs to be considered as the ‘triple crown’ for delivery drivers.”

Contractor Phillip Tarelton wrote, “Scarborough can put a concrete truck where most people can’t even put a bicycle.”

As the winner of the 2015 award, Rieper will receive a $5,000 check from the Truck Mixer Manufacturers Bureau. As runner-up, Scarborough will receive a check of $1,000. The 2015 Driver of the Year winner and runner-up will be honored at NRMCA’s Annual Convention, Tuesday, March 3, 2015 in Orlando, Fla.