Husqvarna Construction Products announces several additions and promotions from the first quarter of 2016. 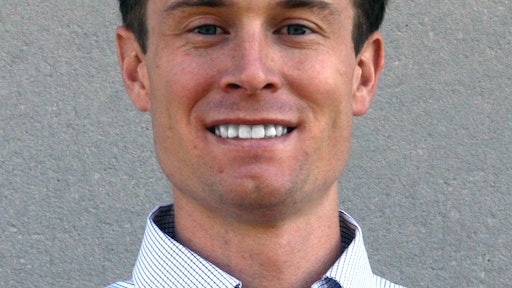 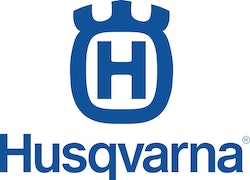 Husqvarna Construction Products announces several additions and promotions from the first quarter of 2016.

Thomas Skeen
To end 2015, Thomas Skeen joined Husqvarna Construction Products as a District Sales Manager for North and South Carolina serving Distribution Sales. Skeen has over 14 years of experience, with eight years in North Carolina’s construction equipment rental industry. He is excited to be a part of the Husqvarna team and work with dealers and end users. He will be a great addition to the team.

Thomas graduated from NC State University with a Bachelor’s Degree in Business Management.

Carlos Gomez
To start off the new year, Carlos Gomez was promoted to Regional Manager - Mexico on January 1, 2016. Gomez was previously the District Sales Manager for Northwestern Mexico (Baja California Sur, Chihuahua and Sinaloa), starting in 2013. Prior to Husqvarna, he was the General Manager of a food distribution company in Mexico. He brings over 18 years of sales experiences with him to this position, and will serve as a great regional manager to the Mexico and Latin America teams.

Jim R. Wilson
Another kick-off to the new year, Jim Wilson accepted the position of Regional Sales Manager - Southeast for Distribution Sales on January 1, 2016. Wilson has been a part of Husqvarna Group for over 19 years - with the Forest and Garden division for 15-1/2 and with Construction Products since 2012. Wilson was most recently the Regional Sales Manager - Northeast. These different roles have given him a broad understanding of our business and makes him a major asset to our team.

Jim has 11 years of military service in the U.S. Army and holds a Bachelor’s Degree in Business Management from the University of Phoenix. He recently moved to Florida and is enjoying the sunshine and spending time with his two sons and one daughter.

Monte Cripe
As of January 4, 2016, Monte Cripe joined Husqvarna Construction Products as a District Sales Manager for Contractor Direct Sales serving the New England region (Maine, Vermont, New Hampshire, Massachusetts, Connecticut and Rhode Island). Cripe brings with him over 25 years of experience as a diesel mechanic, shop foreman, and service manager working on all types of construction equipment. He has spent the last 20 years as a shop manager for United Rentals, Inc. His dedication and product know-how will bring a wealth of knowledge to his customers.

BJ Jäger
Effective January 11, 2016, BJ Jager was promoted to National Account Manager - Distribution Sales. Jäger has been a part of our team since 2014 when he was hired as a District Sales Manager - Distribution Sales covering the New England region. Previous to Husqvarna, Jäger spent 15 years working in the food and beverage industry as a sales representative. His customer first attitude and sales experience will be a wonderful asset to the National Accounts team.

Jäger enjoys spending time with is wife and two boys. He also plays soccer and likes to run, fish, camp, travel and work on housing projects.

Joe Taylor
Joe Taylor accepted the position of Director of Marketing - Americas, joining the Marketing Communications Department on January 11, 2016. Taylor has been with Husqvarna since 2013 and was previously a Product Manager handling Surface Preparation, Tile, and Masonry equipment lines as well as a District Manager - Distribution Sales for North and South Carolina. Prior to Husqvarna, Taylor spent 12 years in various sales and marketing roles within the construction and rental industries - equipment rental, purchasing, and rental business operational consulting experiences will serve him well has he grows the Americas’ marketing program.

He earned a Bachelor of Science degree from Western Illinois University, majoring in Marketing Management.

Mario Figueroa
On January 18, 2016, Mario Figueroa joined Husqvarna Construction Products as a District Manager for North Mexico. Figueroa has been working in construction equipment sales since 2007 with a Caterpillar dealer and as a Regional Manager for Multiquip. He brings a wealth of knowledge from a mechanical engineering background as well as experience in leadership, strategic planning, communications and human relations.

Figueroa will definitely be an asset to our Mexico and Latin American team.

Jose Antonio Velazquez
Effective January 18, 2016, Jose Antonio Velazquez accepted the position of District Sales Manager - South Mexico (“Bajio area”, central and south Mexico). Velazquez has over five years of experience in commercial sales, working most recently as an Inside Sales Manager for a stainless steel mill serving the construction industry. Velazquez’s experiences will serve him well as he grows relationships in Mexico.

Jose Antonio has a BS in Industrial Engineering and he enjoys learning and playing new sports in addition to soccer and golf.

Sean Sheehan
On January 25, 2016, Sean Sheehan was promoted to Regional Sales Manager - Northeast for Distribution Sales. Sheehan has been a part of the Husqvarna Construction Products team since 2013 as the District Manager for New Jersey and the Philadelphia markets. Previous to Husqvarna, he worked for independent dealers and national chains within the construction industry for 15 years.

Sean is excited to take on his new role within Husqvarna and lead the team in the Northeast.

Johnny Fowler
Johnny Fowler joined Husqvarna Construction Products on March 7, 2016 as a District Sales Manager - Georgia and South Carolina for Contractor Direct Sales. Fowler has over 25 years of sales experience, mostly in the gasoline and fuel industry, but interacted with numerous construction companies and worksites. He was most recently a Territory Manager for Carolina International Trucks & Idealease. He is excited to start working with customers and growing relationships in Georgia and South Carolina.

Johnny is a South Carolina native. He is married with children, attends and volunteers at his local church and enjoys playing golf.

Jonathan Webster
Starting March 14, 2016, Jonathan Webster joined Husqvarna Construction Products as a District Sales Manager - Southern Louisiana for Distribution Sales. Webster will be working with customers in and around New Orleans, Baton Rouge, Lake Charles and Lafayette areas. He was formerly a Regional Sales Manager with Valspar and can relate his experiences there to helping find solutions for customers and growing relationships. This will serve him well as a member of the Husqvarna team.

Jonathan has a Bachelor’s Degree in Business Marketing from Berry College in Rome, GA. He played baseball for the Vikings.

Mike Silver
On March 21, 2016 Mike Silver became Husqvarna Construction Products’ District Sales Manager - North and Central Florida serving Distribution Sales. Silver has a wealth of knowledge of the construction industry, starting out in 1991 as a warehouse associate at Hughes Supply Inc. in Orlando. He worked his way up in the organization and over the next 10 years held the positions of delivery driver, counter sales, inside sales, branch purchasing agent, tool department manager and corporate purchasing agent. Most recently he worked at BOSCH power tools a District Manager in North Florida, previous to that he was a product/application specialist at BOSCH. Silver has worn many hats and these various roles will help him understand customers and their needs.

Jamie Krueger
Jamie Krueger has rejoined Husqvarna Construction Products in his previous role as Product Manager for the Surface Preparation, Tile and Masonry equipment lines on March 28, 2016. Krueger previously held this role from 2012-2015. He has been an integral part of the product management team and we are excited to have him back on the team.