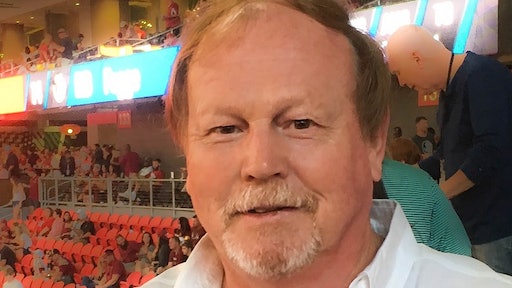 Ferguson began his Multiquip career in 1983 and was a mainstay of its sales organization and management team, holding several key leadership positions over the years.

Ferguson's dedication helped establish Multiquip, a still relatively young company at that time he joined, in the southeastern United States. From early on, his preparation and attention to detail were apparent to contractors and dealer personnel during countless sales calls and field demonstrations. His enthusiasm and dedication to taking care of the customer helped him gain the trust and respect of contractors, rental operators, and competitors alike.

“I am very happy for Mike, but this announcement comes with mixed emotions”, says Tim Ardell, senior vice president of sales for Multiquip. “For many of us at MQ, and within our industry Mike has been both a friend and the face of Multiquip for over 30 years.”

During his career, he witnessed a seismic shift as independent rental companies and regional chains gave way to industry consolidation. During this time, he helped guide the company’s direction as it adapted to a changing marketplace. Over the years, his industry knowledge and tireless passion for Multiquip continued to prove essential as he took on additional leadership roles.  Ferguson's willingness to share his experience with other team members helped establish longstanding friendships and earned the appreciation of the entire company.

“Mike has been instrumental in the growth of our company,” says Bob Graydon, Multiquip CEO. “We wish him the best in his retirement and extend our heartfelt thanks to him for his many years of service.”