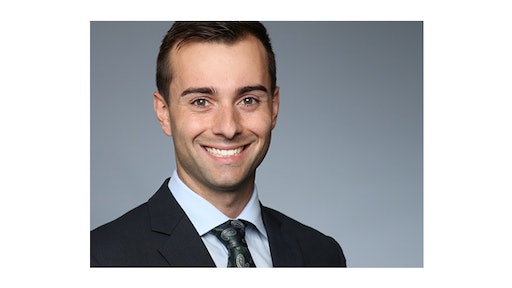 The Concrete Reinforcing Steel Institute (CRSI) has announced the addition of Matthew Shergalis, PE, as its new northeast region manager.

Shergalis has a decade of engineering and architect/engineer/contractor marketing experience, which includes a strong emphasis on business development. With his office located in Indianapolis, Shergalis will use his expertise in his promotion of reinforced concrete primarily in the Northeastern United States.

“I am so pleased to have Matt join our team of region managers. His knowledge of the region and past experience in a similar role foster his ability to impactfully promote steel reinforced concrete construction from day one,” says Danielle Kleinhans, president and CEO of CRSI.

In previous roles, Shergalis served as a structural engineer at TLF Engineers, where his projects included an office building expansion, a university athletic facility renovation, and a crane system for industrial usage. He also served as the regional director of the National Steel Bridge Alliance, where he was responsible for the execution of market strategy across 15 states in the Great Lakes and Northeast United States.  Shergalis was also a principal at the Infrastructure Advisory Group, where he assisted organizations in the development of strategic marketing campaigns for the launch of new products, established targeted messaging to customer identified needs, among other skills.

Shergalis has worked with national organizations including the Federal Highway Administration (FHWA), the American Association of State Highway Transportation Officials (AASHTO), and State Departments of Transportation, in the development of technical resources.

Shergalis earned a bachelor of science degree in civil engineering from Trine University. He also obtained a Master of Business Administration degree from Butler University.