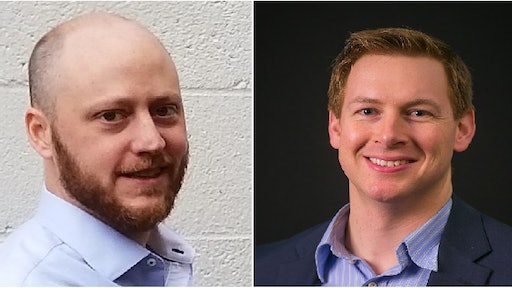 Mathew Moreau, product manager of dropped tools and FME at Pure Safety Group (PSG), has been named chairperson of the International Safety Equipment Association (ISEA) Standards Committee for Dropped Objects Solutions. The committee is the first ever to focus exclusively on preventing dropped object hazards in general industry, construction and other sectors that involve work at height.

Warren Faber, engineering manager, has been named vice chair of the American National Standards Institute (ANSI) committee that sets safety standards for anchorage connectors for active fall protection systems. Faber has been an active contributor on the committee for six years and sits on several sub-committees for standards, including Z359.13 and Z359.14. He is also involved with CSA Z259, the fall protection committee in Canada, where he is an associate member and chair of CSA Z259.11: standards for personal energy absorbers and lanyards.

“Even though they are voluntary, anchorage standards should be seriously considered in the manufacture and use of these products,” Faber says. “The committee is made up of experienced engineers and government experts who follow a strict and transparent process with the ultimate goal of keeping workers safe while working at height.”

Moreau served on the ISEA committee during its early work on the first dropped objects standard, which was released in 2018. Moreau was with Ty-Flot, now a PSG company, maker of dropped prevention products such as tool tethers, tool carriers and its most recent invention, the Stronghold® Quick-Switch system, had a long history of involvement with the standard.

“I’m honored to serve as chair, given I’ve dedicated my career to finding ways to save lives and prevent injuries caused by dropped tools,” says Moreau, who will have the role through 2021. “Most people aren’t aware of the damage caused by a drop, which costs companies more than $5 billion a year in workers comp claims. ISEA raises awareness of this hazard and then provides solutions, through standards, on how to reduce or eliminate the issue.”

The ISEA dropped objects committee has a current membership that represents eight companies. It revises or introduces new dropped objects standards every five years. In between, it seeks to promote current standards, so that more companies and workers comply.

“Awareness, acceptance and compliance are the stages of giving teeth to the standards, so that they can make a difference across industries,” added Moreau, who is focused on adding more user-focused guidance to the standards to make them easily understandable and useful. “Right now, the standard is heavily focused on manufacturers, who can voluntarily make complaint products.”

Once ISEA writes the standards and consensus is established, they are published by ANSI, and compliance is voluntary. Equipment that complies with the standards is labeled accordingly, so companies can identify and integrate it into a comprehensive, overall fall protection system to protect their workers, and others, from dropped objects.