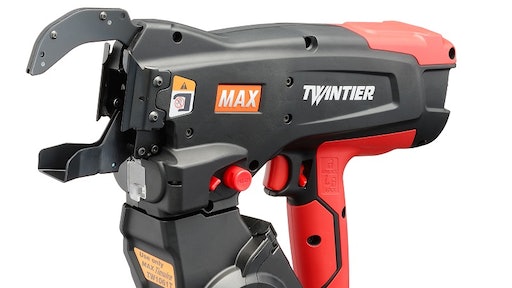 Th TwinTier RB611T is the world’s only battery-powered rebar tying tool with the ability to tie #9 x #10 rebar.

The TwinTier simultaneously shoots two 19ga. wires around rebar intersections wrapping once to form a tie equivalent to the strength of a hand snap tie.