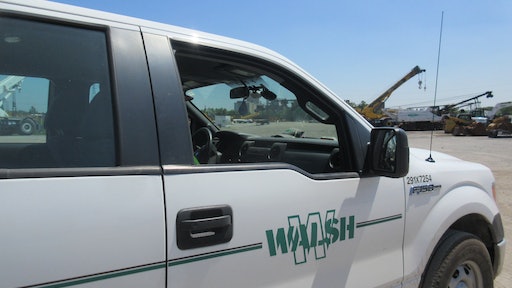 Walsh Construction is requiring use of Truce Software's CMDM technology for anyone with a company-issued vehicle. The goal is to reduce driving distractions that can lead to vehicular incidents.
Walsh Construction

When you have roughly 3,500 full-time workers to manage, keeping track of mobile device usage on the job might seem to be the least of your worries. Yet, such devices breed distraction, and distraction amplifies risk in an industry already considered to be among the most dangerous to work in.

That’s why Walsh Construction is taking mobile device management so seriously. The 120+-year-old, fourth-generation family-owned company is in the process of implementing intelligent contextual mobile device management (CMDM) technology from TRUCE Software throughout its organization. Its objective is to cut jobsite incidents and make sure every member of its sizable workforce makes it home safely to their family at the end of each shift.

“All you have to do is look around you as you’re driving and you can see that the great majority of people are distracted by something rather than focused on driving. That’s a problem. The statistics are undeniable,” says Sean Walsh, president and managing director, Walsh Construction Group. “So, we’re doing something about it.”

The digital age has brought new opportunities to the organization. “We certainly try to be progressive,” says Walsh. “Maybe not to the point of being on the ‘bleeding edge,’ but we are evaluating technology all the time and trying to beta test things as they come out that may ultimately make us more profitable or safer.”

Technology presents new challenges, as well. Statistics estimate that more than 80% of the working population has a smartphone with them at all times. “Of that working population, the average worker will spend five hours a week on their device doing non-business activities,” notes Joe Boyle, CEO, TRUCE Software. “So, a lot of distraction is happening in the workplace.” 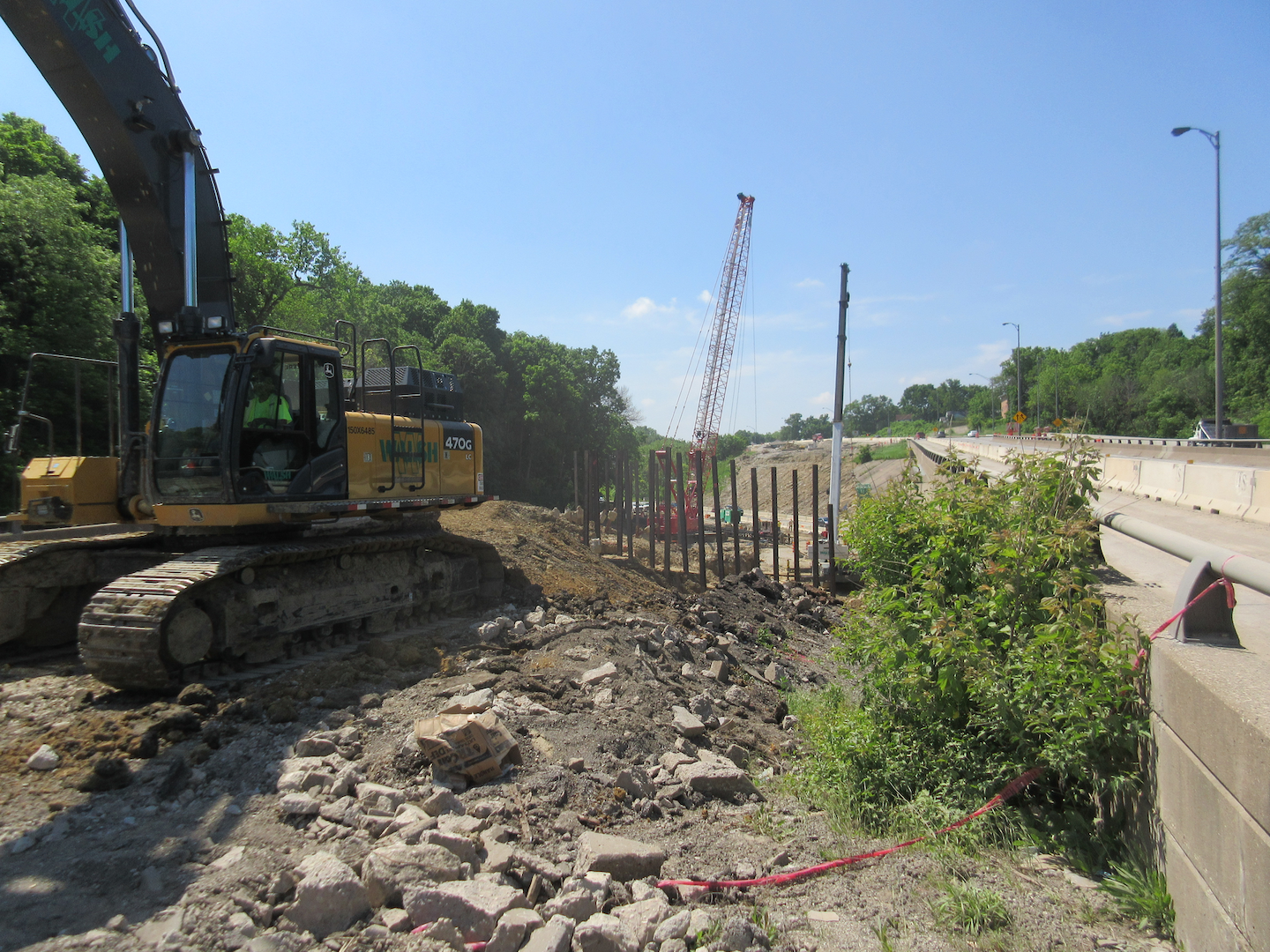 Walsh Construction has seen the repercussions of distracted driving, particularly on highway and heavy construction projects where incidents can occur on a daily basis.Walsh ConstructionRates of accidents on the road and on jobsites are also going up. “You can correlate them with the increasing prevalence of mobile technology in the workplace,” Boyle states.

“Distracted driving accidents have become one of the leading causes of injury and fatalities across North America, let alone within the construction context,” Walsh states. “From an injury standpoint, it’s far outstripping DUIs these days.

“In our environment, especially in road construction, we see how many accidents occur on a daily basis because of distracted driving,” he continues. “In construction work, especially in the heavy and highway contracts where you’re working around the motoring public so closely, it’s a constant concern. There are accidents in some places on an hourly basis.”

For Walsh, the goal is to protect not only those who work for his organization, but those that encounter its work sites. “We’re hoping that by leading by example, people who don’t even work for us yet will think that [distracted driving] is a bad practice and will put the cell phone down,” he says.

Setting “Boundaries” for App Use

The example Walsh is referencing is the use of TRUCE Software’s CMDM technology. “TRUCE Software is about helping our customers to get the best of what mobile technology has to offer, while taking the appropriate affirmative steps to make sure that it’s not leading to the downsides, which are causing everything from reductions in productivity in the workplace to increases in catastrophic accidents,” Boyle explains. 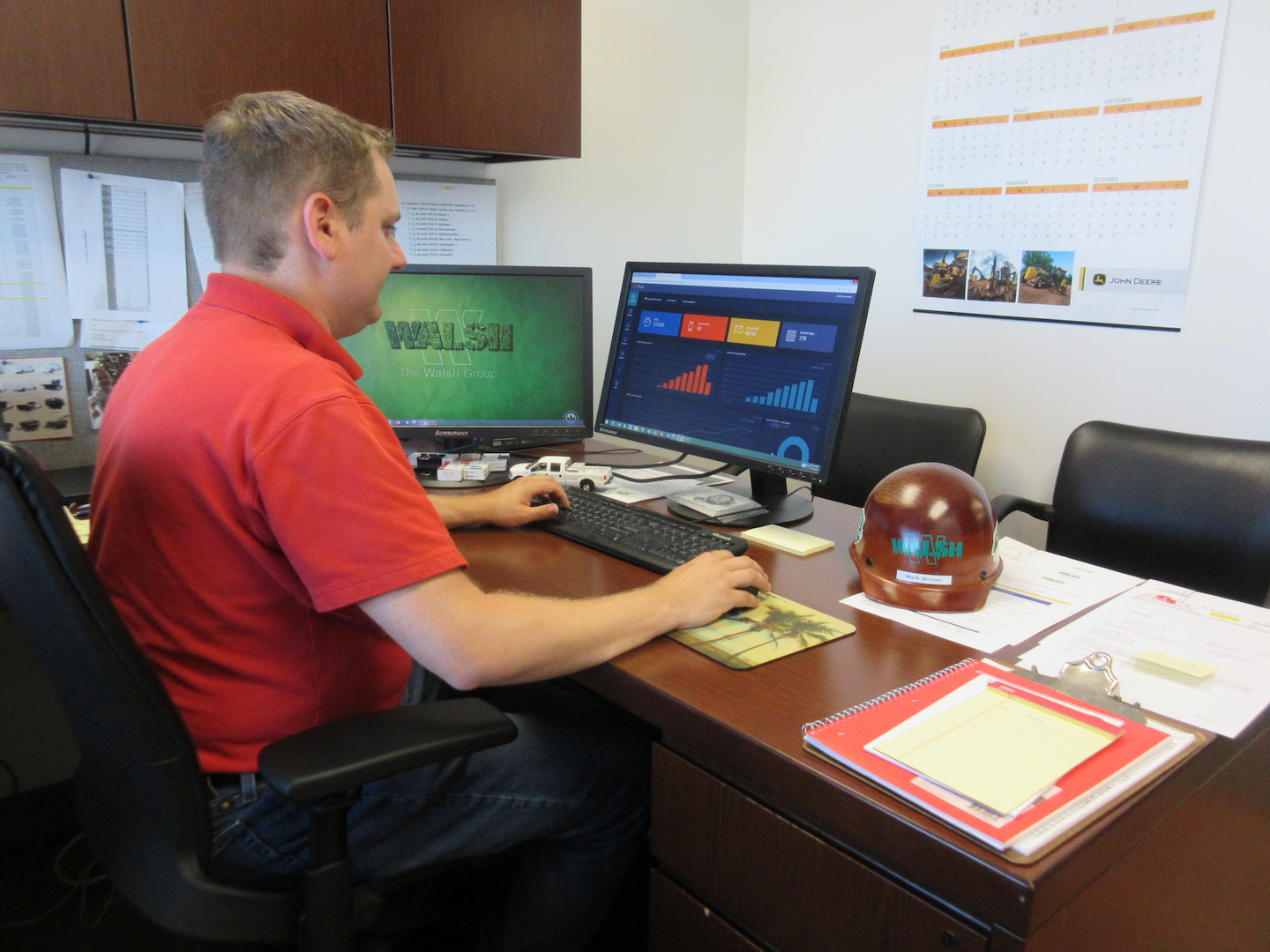 The contractor uses the CMDM administrative portal to design policies and view insights into the types of activities being managed and blocked by the system.Walsh ConstructionCMDM technology is designed to block non-authorized applications during work hours or based on the operation and/or location. Apps blocked are determined by the company in consultation with Truce Software based on the level of risk they present. Once outside of the “boundaries” established by the customer (e.g., specific work hours), the apps become readily accessible again.

“Our goal is to help refocus the way that people are… using their mobile technology by understanding what is acceptable use for that device in a particular time and place,” Boyle states, “and then arming our customers with a tool kit to manage the device usage by serving up only those applications that are acceptable… and suppressing those things which are distracting, dangerous and non-productive.”

The CMDM system is a scalable, subscription-based service consisting of:

Walsh Construction is implementing the technology in a three-phrase process. Phase one started on January 1st, and has since grown to nearly a thousand users.

“If you have a company-issued phone or a company-issued vehicle, then it’s mandatory,” says Walsh. However, he notes there are those within the organization who have voluntarily chosen to utilize the technology while in their personal vehicles. “Because truth be told, they’ll [own up] to having too many near misses.”

With the phase one rollout about 98% complete, the next step is evaluating the results. “We’ve been capturing the results of phase one trying to figure out the bugs and how to support… the utilization of this system,” says Walsh. “We wanted to capture people’s feedback and try to better understand expectations. And I think there was also some trust that needed to be built up first with our employees relative to why we’re doing this.”

There is a natural hesitation among employees when it comes to implementing technology such as CMDM. Communicating its purpose is paramount to acceptance.

Employee education is essential. “You have to start with the premise of why you’re doing this – we call it an actively caring mindset, which is part of our culture – and get [employees] to understand that this is not just for them but for their families… and everyone that we come in contact with all day long,” Walsh emphasizes. 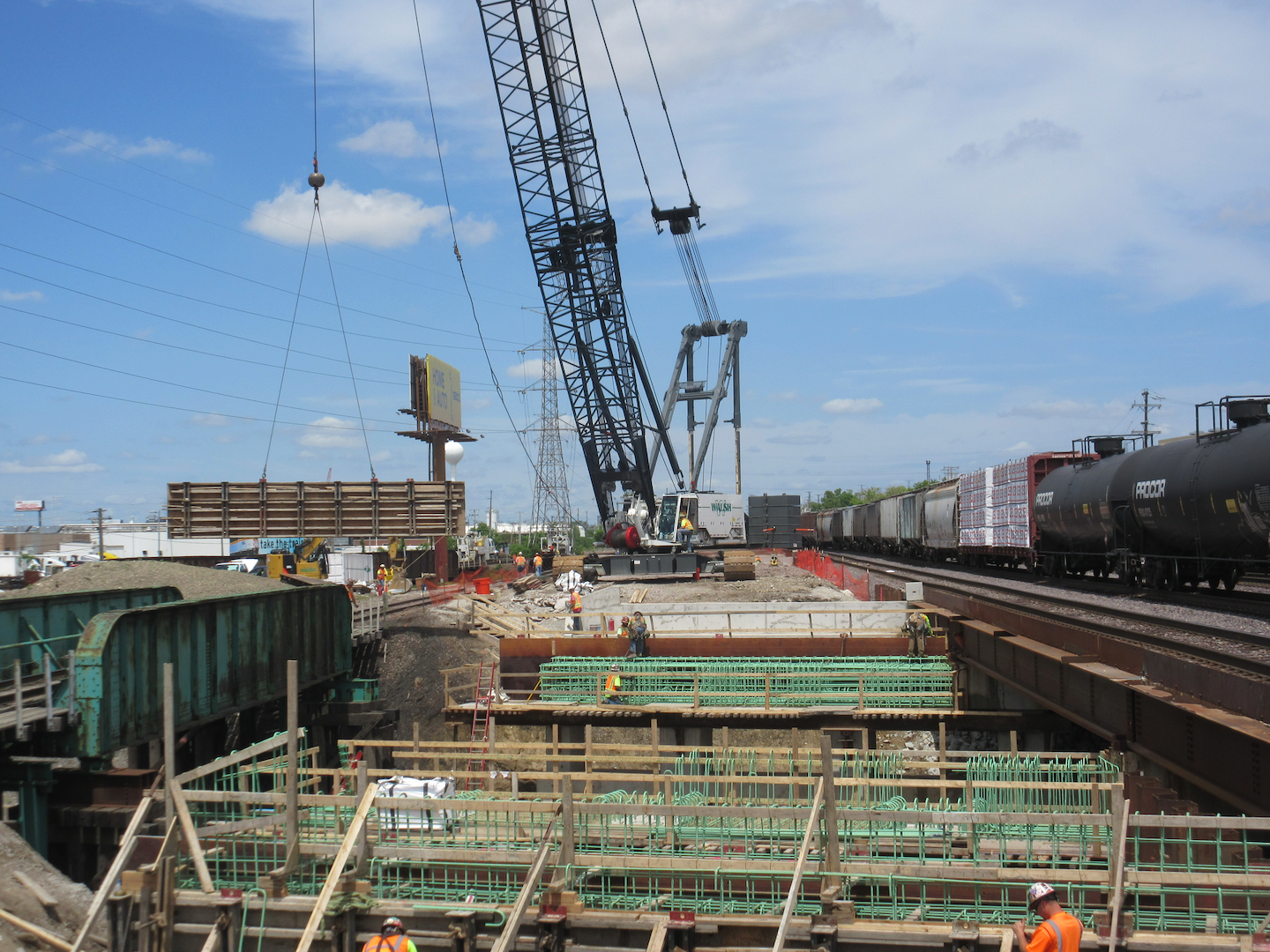 Walsh Construction's goal with CMDM is to cut jobsite incidents and make sure every member of its large workforce makes it home safely at the end of each shift.Walsh ConstructionTechnology can be addicting, so initial implementation can be frustrating. “There is this sort of ‘detoxification period’ that people go through where they’re adjusting to not having that constant influx of text and social media and emails and the like, and going back to simply being focused on driving a vehicle,” Walsh points out. “But I'm finding once people get through that first phase of adjusting back to being a focused driver, they're happier when they get to work. They're also a bit clearer minded and more focused on what they need to communicate."

Now, according to Walsh, people are embracing the technology. Boyle says this not uncommon.

“Repeatedly, when we have implemented customers, there is an initial sort of question mark, but post-deployment, the workers become our greatest advocate,” he states. “I think our customers’ employees recognize that this really is something that makes a positive difference for them.”

Walsh Construction is pleased with the results it’s achieved with CMDM technology so far, and intends to roll out additional phases over time.

“We’re good with what we’re seeing, and we’re comfortable in advancing it,” says Sean Walsh. “We want to continue to look into leveraging this type of technology on heavy equipment and in other instances.

“Heavy equipment is arguably more threatening than the traditional car or pickup truck. We want our operators to be as focused as possible, especially with the advancements in technology these days, where you’re paying attention to so many different things,” he states. “You don’t need any additional distraction.”