How to Use Virtual Reality in Workforce Training

How Serious Labs is shaping training for the 21st century 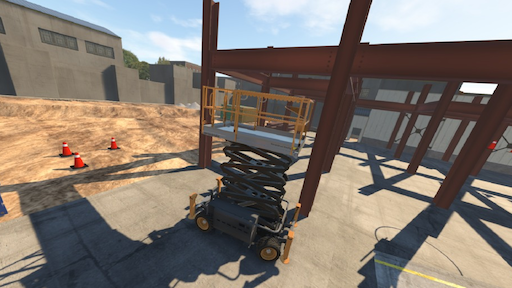 Virtual reality training gives individuals the chance to practice using a machine through the use of a VR headset prior to ever stepping on the machine or arriving at the worksite.
Serious Labs

"It's actually taking simulation to a whole other dimension because now you can take real experiences that are visceral in a safe environment where trying to replicate it in the real world is expensive, dangerous and complicated."

This means that now, instead of sending workers straight to the worksite putting them directly on the machine for training, individuals have the chance to practice using the machine through the use of the VR headset prior to ever stepping on the machine or arriving at the worksite.

It also allows employers to give each worker a specific and detailed plan on how to improve based on their current strengths and areas where the worker may not be up to par.

This, according to Colvin, leads to safer practices on the machine and plenty of long-term benefits for the worker and company alike.

“Can you imagine a world where your operators could actually be more efficient on the job while still operating that equipment more safely? They can position that maneuver and practice that maneuver over and over again so that when they get to the job site they know how to do it. Maybe it trims off 10% of their activity time.”

Virtual reality training can save wear and tear on machinery

The simulations are shown to teach workers how to handle a machine while operating, which can save the company wear and tear expenses caused by improper use in the long run.

“What about the way that person actually handles the machine? For the equipment rental companies for sure, their biggest expense is repair and maintenance on those machines,” said Colvin.

“So our buddy Dave over here, he’s really fast, but he’s a little hard on the equipment. Maybe he could just focus on a couple scenarios that’ll help him actually slew a better formation.”

This technology also helps management get a better look at their employees on a deeper and more personal level than how they handle the machines or how fast they can work. It takes a look at how the worker is feeling inside - are they comfortable doing this task, are they nervous?

This overall technology is not just for the construction industry - it’s also starting to pop up in the transportation industry as well.

For airline companies, specifically, the technology is being used to teach people how to maneuver around the curved inside of an airplane without causing any damage to the craft itself due to the high cost of fixing a scratch or dent on the body of a plane. The headset can take an almost MRI-like or X-Ray like scan of the person and their behavior to gauge their approximate comfort level.

The VR machine takes a full sampling of the user’s behavior during their time on the machine - this includes everything from body and eye movements to work-related habits. “In 25 minutes, we can take basically an MRI of that guy’s behavior,” said Colvin. “Where’s he looking, how safe is he, how’s he behaving, is he nervous, how does he move around? We can judge all of that in 25 minutes.”

For those who are already comfortable with their machines and simply need recertification, there will soon be an answer for that as well - and it no longer includes a classroom.

Operators will be able to recertify using the VR, rather than taking another recertification class.

This, according to Colvin, fits in perfectly with the idea of training for the 21st century.

He believes that being able to avoid the classroom for the recertification process aligns more closely with the new age of tech-savvy professionals joining the workforce, especially as older individuals begin to leave it.

In the same realm as making learning the machine more convenient for workers, the VR setup itself has become more convenient to transport and set up. In comparison with the previous VR model, the Oculus S, this model is much easier to set up with fewer tripods, sensors and possible areas of error. Additionally, an update for the newest headset model will be given to those already subscribed to Oculus S.

For Colvin, the inspiration for this technology was more than just efficiency, proficiency and safety - it was also about listening to what the customers wanted.

“We’ve heard from customers that tech moves fast,” said Colvin. “Nobody wants to be sitting there with a 2007 Pinto in their driveway when there’s a 2019 with built in GPS. So we know that we have to be part of that.”

Not only does the new way of training through VR satisfy customers due to the modernity of the technology, but it is also extremely convenient and simple.

It can truly be narrowed down to two steps. One, power on the headset. Two, get ready to learn without any risk to safety.

That’s technology for a modern world.

Before you hire a construction lawyer ask these 10 questions to make sure they have the experience and are the best fit for your needs.
Alex Barthet
February 12, 2020
Latest

Construction professionals will enjoy an ideal balance of 4K picture quality, ease of use and affordability.
EarthCam Inc.
July 10, 2020

Purdue University is developing technology that would allow concrete-paved bridges and highways to reveal more accurately when they need repairs.
June 17, 2020
Construction Technology