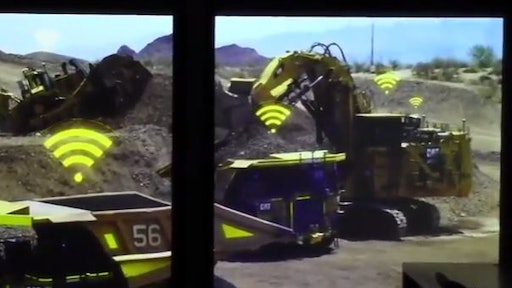 There's money and attention drowning development of autonomous vehicles -- a whopping $4.2 billion invested in the first 3 quarters of 2018, according to Foundamental. The technology is imminent -- pieces of it have been sold in cars and trucks for years -- but nobody can nail down when we will see self-driving cars, SUVs, pickup trucks or trucks on streets and highways.

Safety is a huge hurdle on-highway autonomous vehicles will have to overcome -- demanding well-developed, tested and expensive lidar and radar systems, high tech infrastructure, and cloud computing and mapping providers to become fully operational and ubiquitous on our roads.

“Autonomous cars” generally refers to vehicles classified by the Society of Automotive Engineers International (SAE) as Level 4 and Level 5. The automation included on vehicles sold today predominantly puts them in Level 1 and Level 2 of SAE’s rating system.

Some assert on-highway Level 4 and 5 AVs will be market ready in as little as five years. Foundamental argues that it will take longer, considering the regulation and policy that must be legislated and enacted.

So, this begs the question, will we see fully autonomous Level 5 vehicles this decade? Foundamental says the answer is yes, but we have to look off-highway.

An off-highway environment (think large heavy machines on a quarry or mine site) is more predictable, in a controlled setting, and requires less outfitted technology. We couple this with the fact that the industry will increasingly be impacted by labor shortages — pushing the need for AVs to the front of management priorities.

Foundamental’s insights team found global construction unit sales in 2021 will reach 999,770 at a value of almost $90 billion dollars — with India expected to hold the largest potential for future growth. Fully autonomous vehicles currently hold a market share of less than 1% of total construction equipment sales worldwide but given global equipment sales will grow 2.5% each year until 2022, coupled with the exponential growth in adoption of fully autonomous vehicles, the market share will likely double in size at least in the next two years. Fully autonomous sites are already common place in Western Australia (capturing 75% of global demand for autonomous trucks), with some other large scale activities in South America (Chile and Brazil).

Foundamental reports an average increase in productivity of 30% with autonomous vehicles via longer production hours (1,500–2,000 to 3,000 hours of operation by truck), reduced load and unit cost by 15% and improved tire life to 40% since optimized controls reduce sudden acceleration and abrupt steering.

The market is certainly there. The productivity gains are meaningful. Cost savings are realized. So, one might wonder, is there a catch?