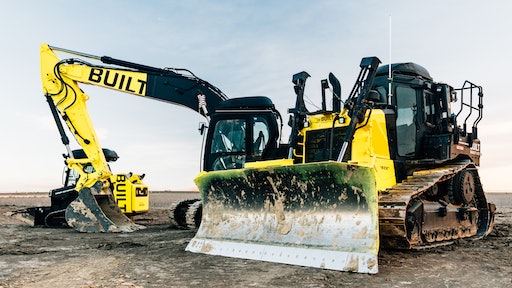 Mortenson will be deploying fully autonomous equipment for some of the more repetitive jobs on renewable energy construction projects in remote locations.
Built Robotics

Mortenson and Built Robotics are working together to expand Mortenson's deployments of fully autonomous construction equipment on renewable energy projects in remote locations. The plan will also help the contractor deal with labor shortages.

As part of the deal, more Built Robotics equipment — including autonomous retrofits for dozers, excavators and skid steers — will be deployed on Mortenson's renewable energy jobs over the next few years.

“We’ve identified wind projects in remote areas with lot of repetitive work far from workforce center. Autonomous equipment could be a good fit for those,” said Eric Sellman, vice president and general manager for Mortenson’s civil group, in an Engineering News-Record article.

(more on Mortenson's increase in autonomous equipment use on construction jobsites...)