The accuracy of energy calculations for your jobsite tools can make or break the efficiency of your generator. 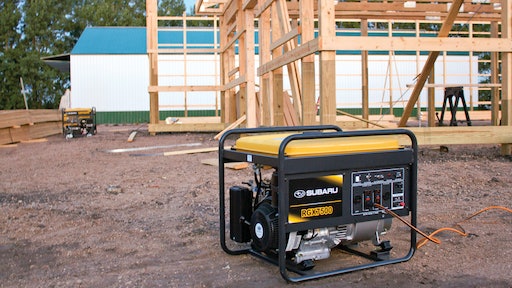 Each jobsite dictates the load size and type of generator that would work best. The challenge comes in identifying those needs and matching them to a generator with similar capabilities. Overcoming that challenge will place you and your crew in a position of power at all times.

When considering a generator’s use, think through what tools you will need or want to run off the generator. Begin by listing what the generator should power, such as circular saws and a welder. Check the wattage and multiply it by the number of units to be used. As an example, two hand drills that use 600 watts each would need 1,200 watts of power to run both.

Some tools take more energy to start than they do to run. This surge of wattage also should be taken into account when determining the total power needed. For example, hand drills and electric welders run on a constant wattage, while circular saws and air compressors need greater energy to start. A contractor's list may look like Chart #1

To allow for error or future power requirements, contractors may want to add 10 percent to the total they have calculated. In the above example, the total would then indicate that a generator that can handle 8,800 watts – or 8.8 kilowatts – would be needed.

Watt Does It Take?

While the wattage that powers different tools will vary, Chart #2 shows average power requirements for some of the more common things on a jobsite. Particular tools may require more or less wattage than what is listed. Check the silver tags on specific appliances for exact wattage usages or consult the product’s manufacturer.