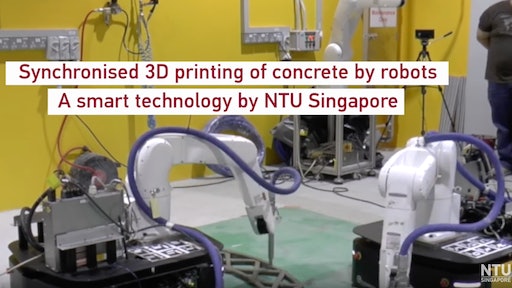 Scientists from Nanyang Technological University, Singapore (NTU Singapore) have developed a technology where two robots can work in unison to 3D-print a concrete structure. The method is known as swarm printing was developed by Assistant Professor Pham Quang Cuong and his team at NTU's Signapore Centre for 3D Printing. The NTU scientist was also behind the Ikea Bot earlier this year where two robots assembled an Ikea chair.