Succession Planning: Why Contractors Need to Have a Backup Plan

Contractors must always be prepared for the inevitable such as a key person leaving, retiring or being terminated 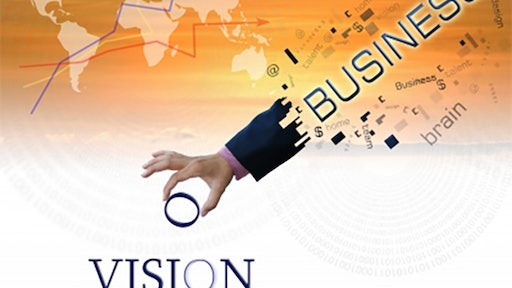 Succession planning is growing on most firms’ employee and leadership “radar” because as an industry, we’re getting older, in larger numbers than ever. A growing number of construction companies are realizing that they might be seeing a significant percentage of their most-experienced and most-knowledgeable workers and leaders exiting...and soon!

Lucas Oil paid big bucks to for the naming rights to the field where the Indianapolis Colts play football — but that didn’t stop an awful lot of fans from calling it “The House that Peyton Built.”

That’s because the Colts had arguably the best quarterback to have every played professional football. I watched him lead his Colts over my Kansas City Chiefs by never holding even one offensive huddle and called every play at the line of scrimmage while nearly 80,000 crazed fans screamed at the top of their lungs to prevent his players from hearing his audibles. Peyton Manning, much to my chagrin, demonstrated to every fan watching why he is considered one of the game’s greatest ever!

Yet, after the 2012 NFL season’s final regular game the Colt’s terminated Vice President/General Manager Chris Polian. After putting together an incredible run of successful years, including many playoff games and the first Super Bowl Championship to Indianapolis, the GM was fired. Why?

The reason given by the Colts’ owner Jim Irsay was that the GM had failed to have a succession plan, a backup plan, for his quarterback. What’s incredible is that even after Manning had experienced three neck surgeries, no one wondered whether he would be able to throw the ball – much less return to his once great status – after recovery.

The GM, after being dismissed, admitted that he had, in fact, made a huge mistake. He simply had no backup plan in the event that one of the game’s greatest quarterbacks could not make a return.

There is a great lesson here for every construction owner and leader.

We always must be prepared for the inevitable…people do “quit performing” at some point! Whether this involves a key person leaving on his or her own, retiring or being terminated, do we have a backup plan?

Succession planning is the process most associated with companies trying to prepare for the future. It requires a willingness to honestly look at our workforce, especially those positions that are critical to our firm’s success, and identifying a backup plan in case those currently in the roles would no longer be available.

Succession planning is growing on most firms’ employee and leadership “radar” because as an industry, we’re getting older, in larger numbers than ever. A growing number of construction companies are realizing that they might be seeing a significant percentage of their most-experienced and most-knowledgeable workers and leaders exiting...and soon!

So, what are we to do to maintain a strong, consistent and smooth transition of excellence for our companies when it comes to preparing for individuals who will be leaving our employment?

Over the next week give some thought to your company’s succession plans. First, do you even have any plan? Hopefully you do, but in any case just put together a list of three to five steps you have already taken concerning succession planning. In fact, while you’re still reading this set down your coffee cup, pull out a pad of paper and just write down the first two or three things that have already popped into your mind. Keep the notepad handy and add to it throughout the week as new thoughts come to mind.

Compare your list with my list of 10 company-saving tips based on years of work with contractors facing succession planning issues. I hope there will be a lot of overlap. Then see what else you can do to assure a smooth transition for your company.

Learn about benefits Barton Malow has gained by implementing tool tracking technology to not only manage hand tool inventory and logistics on projects, but also capture data on tool performance and use.
Becky Schultz
May 10th, 2021

See the improvements first-hand in a video walkaround highlighting the new features that enhance the customers' overall experience
May 1st, 2021
Latest
Business Services

Make the effort to positively impact and influence your workers, no matter the generation, to see the greatness of your company.
Brad Humphrey
Aug 10th, 2020

Contractors pay an average of 4.5 extra hours of pay per employee, per week due to inaccurate information through time theft
Mike Merrill
May 18th, 2020

See the improvements first-hand in a video walkaround highlighting the new features that enhance the customers' overall experience
May 1st, 2021

Help re-energize your leadership and workers down the stretch with these eight “pump up” efforts to exercise at your company
Brad Humphrey
Dec 10th, 2019

Split your day into four quarters to achieve the win on the jobsite.
Brad Humphrey
Dec 9th, 2019

Seven techniques that construction contractors can put into practice when it comes to managing 'seasoned' employees
Brad Humphrey
Dec 2nd, 2019

Trade tensions between the United States and China has forced Caterpillar to layoff 120 temporary workers at a Texas facility.
Nov 7th, 2019

Eight best practices and strategies when promoting a worker into a position of greater authority and responsibility
Brad Humphrey
Oct 1st, 2019

The companies have aligned around their shared goals of eliminating paper tickets, removing manual tasks and automating data flows so that inter-company operations are easier and more friction-free on the jobsite.
Sep 25th, 2019

The construction industry has the largest foreign language skills gap among sectors studied in a recent ACTFL report, and that gap is affecting contractors' ability to pursue business
Kimberly Hegeman
Sep 6th, 2019

Bridgit Bench gives contractors a view into employees' work schedules: who is assigned to a project, who is over allocated and who is available
Kimberly Hegeman
Sep 3rd, 2019

New analysis from the Institute for Women's Policy Research finds that women’s job growth in construction trades was nearly 5 times faster than job growth in the field overall
Apr 1st, 2019

Opponents leaned heavily on an initial study that predicted the increase to $15 would cost workers jobs and hours. That didn’t happen.
Jan 7th, 2019

Labor costs have become too high and too crucial to managing construction costs to trust to paper time sheets filled in at the end of a long day or week
Jonathan Barnes
Dec 1st, 2018

See the improvements first-hand in a video walkaround highlighting the new features that enhance the customers' overall experience
May 1st, 2021
Follow Us