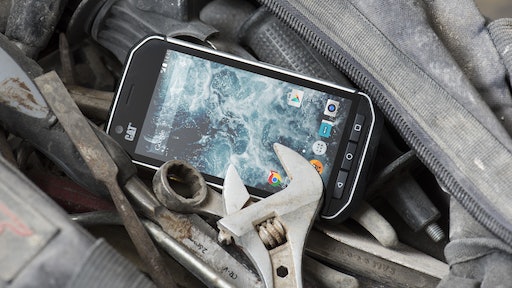 Cat phones today announced that the Cat S40 rugged smartphone, a tough, durable Android device, is now available in the United States. Developed to appeal to the growing rugged smartphone market, the S40 is supported by most major U.S. GSM Open Carriers, for example T-Mobile and AT&T Wireless.

“As our dependence on smartphones grows for everything from exchanging information with colleagues to hailing cabs, they take a serious beating,” said Oliver Schulte, chief executive officer of Bullitt Mobile. “Too many people – from the average consumer to the 85 million people working in construction globally – are left out-of-pocket due to damaged smartphones. With the refined, rugged design of the S40 we are able to offer a device that looks sleek, runs the latest version of Android and provides the levels of protection needed by those who work outdoors and in challenging environments.”

The device will retail at $399.00 and will be available through Quality One Wireless and catphones.com.

Features of the S40:

Video: New Cat B15 Smartphone Takes a Punch, and a Dunk