How Does Your Construction Management Style Stack Up? 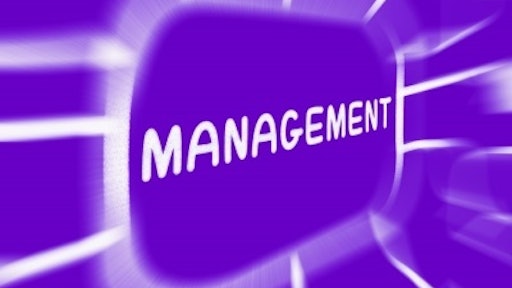 There is no magic recipe about how to effectively manage a construction project. However, by taking pointers from experienced industry professionals, we can deduce some best practices.

As a manager, it’s not uncommon to ask yourself, ‘am I doing this right?’ Even the most experienced managers in the construction industry consistently strive to learn different methods of management that allow them to increase their team efficiency and deliver more successful projects.

However, without a benchmark to compare to, it’s hard to know if what you’re doing is ‘normal’ or working as effectively possible.

Appfluence surveyed 20 construction project managers, along with a five senior-level and VP-level managers from construction firms across the country. In this article, we explore how they run their projects — from the number of meetings and emails they deal with each week, to the software they use, and their best advice for success.

Emails and meetings: a necessary evil

Among construction managers, the average amount of time spent on emails was 2.35 hours per day, with a median of 2. This amounted to a median number of of 38 emails per day. Compared with project managers, this information provides an interesting contrast, as it is notably lower. For reference, project managers handled a median number of 50 emails per day, or 3 hours of time communicating with their team via email (source).

The difference can likely be explained by the fact that construction managers spend significantly more time in the field than project managers, and thus have less access to their email throughout the day. As opposed to project managers, who reported spending the day frequently checking their email, the best practice among construction managers is blocking out time either before or after heading to the jobsite to catch up on correspondence.

Among construction teams, some of the main frustrations expressed were the tedious process of digging through stale emails to find an important document, or information falling through the cracks due to an unresponded message.

If your inbox is overwhelming you, try carving out an extra 20 minutes at the end of each day to make sure everything is both well-organized and responded to.

When it comes to meetings, the median amount of meetings construction managers reported having per week came in at four. While 50% of respondents in our sample reported having at least one daily meeting, the other 50% averaged just one to two meetings per week.

Interestingly enough, those managers who had more weekly meetings also sent a higher median number of emails. When broken into two groups, the managers who held one or more meeting per day also sent approximately 16 more emails than the group with lesser meetings – 46 vs. 30.

This could be a signal that those managers who hold more meetings are also more communicative. For those with email envy, it could be beneficial to heed the advice of Steve Bergeron of AECOM, who told us he only sends around four emails a day ‘with clear verbal direction and documented minutes of meetings’.

However, while less meetings does sound nice, as Quinn Westmoreland from Brahma Group pointed out, “sometimes in person, face to face is still the best way to communicate.” In this case, the goal should not be simply to reduce the number of meetings but to find the most efficient way to share information. This could mean making meetings more efficient or exploring alternate forms of communication.

It’s no secret that a large part of managing a construction project includes handling hundreds of documents, which change hands on a constant basis. However, although the need for management of construction documents is ubiquitous in the construction industry, according to our research, the practices for doing so still vary widely depending on company size, among other factors.

Out of 20 teams who responded to the question ‘what is your best practice for keeping project documents accessible to the people who need them?’ nine reported that they rely exclusively on software to get the job done. Of those nine, the most popular answers were cloud services like Box, Dropbox and Sharepoint. Only two teams stated that their main method of document management was handled by more robust software such as Procore.

Among seven teams who don’t rely on any software to manage their documents, four reported that their go-to method is a shared server with project folders accessible to those working on certain jobs.

Finally, four teams responded that their process includes both a formal software solution designed for document management along with proprietary shared drives and servers.

However, as John Golly, Senior Construction Manager at AdvanceTEC points out, “we have so much technology available to us that the biggest challenge is making sure those involved in the process are participating.”

I had the chance to speak on the phone with Brett Brenize of Gannett Fleming who shared his well-thought-out process for resolving this issue. In Brett’s team, like a number of others, there is an administrator whose full role is to enter documents into their system, track when documents change hands, remind responsible parties of deadlines, and report on document status. This statement rang true with a few other teams, who reported that project administrators are often the point person when it comes to making sure things are in the right place, whether that be a shared folder or a software solution.

In teams using a software with no physical document manager, a number of construction managers reported they follow up on document transfers with phone calls or emails. For many teams it seems, simply using software isn’t enough. There must be a human component.

Of 26 teams in our survey, when asked, “do you use any project management software?” 18 reported relying on commercial software to get the job done, while five used in house solutions and two teams said they weren’t using any solution at all.

When prompted to further specify which exact tools they are using to manage team operations, just 22 provided more details. Among just the 22 teams who responded to the question, there were a total of 33 different software listed among the answers.

Coming in the number one slot, out of 22 responding teams, eight reportedly use Primavera. The next-runner-up was Excel, followed by Procore and Microsoft Projects. Finally, aside from the overlap with Primavera and Procore, and MS Projects, almost no two teams on the list reported using the same software.

So, while many robust software solutions claim to be a one-punch solution for construction projects, it appears that most teams relied on more than one software, and further, no two teams used a similar set of tools.

There is no magic recipe about how to effectively manage a construction project. However, by taking pointers from experienced industry professionals, we can deduce some best practices around emails, meetings, software usage and general people management.

Kari is the content marketing manager at Appfluence. Appfluence builds Priority Matrix, a software solution that teams collaborate more effectively by providing a platform that centralizes project documents, action items and communication all in one place.

Recent Uptick in Adoption Driven by the Growing Need for Collaboration as Businesses Adapt to Remote Working.
June 3, 2020

With the hundreds, if not thousands, of documents contractors are tasked with tracking during the life of a construction project, document collection is crucial to the success or failure of a company.
Michael Wright
December 26, 2019

Air, base and asphalt mat temperatures can be the key to successful compaction and building a reputation for laying down high-quality, long-lasting paving or patching job
November 20, 2019