Designed for Cat excavators with operating weights from 11 to 85+ tons, as well as competitive machines of similar weights 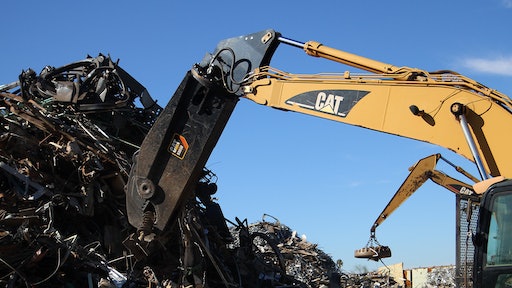 The CB 5500 and CB 7500 are designed for carriers in the 50 to 85 tons weight class and their comparatively light weights make them effective choices for use with high reach or long front carriers.
Epiroc
March 10, 2020

An overview of the latest innovations in concrete cutting and crushing, hammering and drilling, and mixing and scooping.
Nathan Medcalf
December 13, 2019

Powerscreen is excited to bring back the Phoenix range - one of its original machine ranges to its product portfolio.
Powerscreen - Terex
October 22, 2019

The three new crushers are equipped with a newly designed pressure booster, which allows them to operate independently of the carrier’s working pressure, resulting in increased speed and crushing forces
Brokk Inc.
September 12, 2019

There are many types and styles of crushing equipment. Kemper Equipment explains how to choose the right crusher for your operational needs.
May 30, 2019

‘We continue to [diversify to endure industry cyclicality] as we come together with Genesis to expand into the scrap, demolition and adjacent industries’
NPK Construction Equipment, Inc.
May 21, 2019

Kleemann was awarded two international design prizes: the iF DESIGN AWARD and the GOOD DESIGN Award for the MOBICAT MC 120 Z PRO jaw crusher and the EVO line of screening plants. Safe operation and simple handling were key factors in the award.
Kleemann Crushers
March 19, 2019

A lower-cost concrete pulverizer attachment has proven both its worth and its durability in chewing up concrete stockpiles.
January 3, 2018