Paving crews can improve their finished pavement by keeping the rollers close to the paver —and to each other. 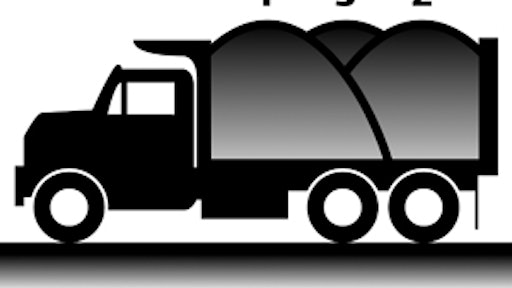 There are three significant factors that influence the ability of a paving train to achieve specified or target density air void content on any paving project.

The first is mix design, especially with regard to content and aggregate gradation of asphalt cement. The second is the placement of the mix in a homogeneous and non-segregated manner, with sufficient thickness to permit particle rearrangement to eliminate voids. The final factor is the temperature of the hot mix asphalt (HMA) during the compaction process. This last factor is the one contractors most frequently miss on paving jobs.

HMA mix temperature and viscosity are correlated; in fact, their relationship is an inverse one. The stiffness, or viscosity, of asphalt cement is lower at higher temperatures and higher at lower temperatures. As viscosity changes, so does the ability to achieve material density.

Nearly all agencies have specifications that identify or suggest the maximum and minimum temperatures at which HMA mixes of various types can be processed. The term "processed" may include mixing at the plant, transportation from the plant to the paving project, mix laydown, and compaction.

Agencies also specify a minimum ambient temperature and/or the temperature of the base onto which the pavement is being placed. Often, this temperature can be no less than 40°F.

Two things must happen in order for a paving train to achieve a uniform final density of any mix. First, the mix must be delivered to the project in a homogeneous and non-segregated condition. Second, the compactors in the paving train must be close enough to the paver to work on the pavement while the mix is still hot and viscosity is low.

The industry has adopted many processes in an attempt to assure mix uniformity. The most common culprits in aggregate and temperature segregation are poor practice at the mix plant and improper truck loading, hauling, or mix delivery. While asphalt should always be properly loaded and hauled to the jobsite, mix segregation can be overcome through the use of a material transfer vehicle (MTV).

Assume that an HMA mix is delivered to the paver in excellent quality and that the paver is in excellent working order. The crew has properly made all screed adjustments and automatic controls are being utilized to achieve the required grade and slope of the pavement surface. Everything has progressed according to plan and the material placed on grade is ready for compaction to produce finished pavement.

Naturally, environmental factors affect the rate of mix cooling during and following placement. Studies indicate that the majority (about two-thirds) of heat loss following laydown is into the base. Mix should be delivered to the paving site at a temperature of at least 250°F for a Marshall mix or 290°F for a Superpave mix immediately behind the paver screed.

As is true for much of life, learning often occurs as a consequence of negative, rather than positive, experience. Here is a prime example.

During the 2005 construction season, I visited a contractor's night paving project on three separate occasions. Each of these visits was made to provide practical assistance to this contractor to overcome failure and achieve a uniform and high density during the compaction process.

The contractor was not earning the available pavement density incentive from the agency even though the paving train on this jobsite incorporated an MTV to provide smoother paver operation and to help reduce segregation of the mix being placed.

During my first visit to this site in August, I noticed the breakdown compactor, or front compactor, was not following the paving train closely enough to satisfy best practices according to current industry definitions.

The temperature of the Superpave mix where the compactor was working, measured using an infrared thermometer, varied from under 240°F to slightly more than 270°F. The mix was simply not hot enough to permit the front roller to achieve target density within time available for compaction.

Ideally, both compactors should have been working much closer to the paver so that mix temperature remained high and permit greater void reduction. The state's density technician suggested the rollers be moved closer to the paver, but was unsuccessful in changing these operators' rolling technique.

During the next 30 days, this contractor experimented with an assortment of brands and sizes of compaction equipment in an attempt to improve density and achieve the high density incentive for this long-term project.

A second visit to this paving project was made in late September. The contractor was still using a vibratory double drum compactor for breakdown, a nine-wheel pneumatic intermediate compactor, and a double drum vibratory compactor (without vibration engaged) for finish rolling. The first and second compactors were once again too far behind the paver, working on a mix that had already cooled too much to permit achieving target air void content and the agency's high density incentive.

There were also difficulties with mix delivery by the hauling units and a mechanical problem with the MTV that interrupted the paving operation and allowed mix to prematurely cool. However, I demonstrated to the operators that moving the compactors closer to the paver improved in-place density.

The final visit to this project was in mid-October. The state density technician reported he had logged the highest density values yet on this project. The readings corresponded with a section of the pavement where the breakdown and intermediate compactors rolled closely behind the paving train.

The benefit of maximum temperature to permit efficient particle rearrangement had become apparent to this paving crew, especially to the breakdown and intermediate compactor operators.

When the Superpave mix was processed through the paver in a homogenous, non-segregated manner, and the compactors were following closely behind the paver, the mix was compacted efficiently.

Compaction, performed at the correct temperature, achieved a uniform, high density before the threshold of time available for compaction had passed.

This contractor's success is repeatable, project after project, when attention is paid to proper mix delivery and proper location of the compactors behind the paver. Recognizing the importance of temperature when paving means everyone wins: agency, contractor, motorist, and tax payer. 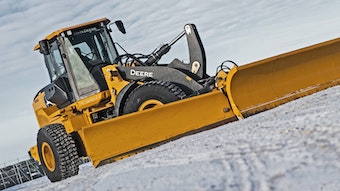