AP1850e and AP1840e series offer a cordless, emissions-free solution for a variety of applications 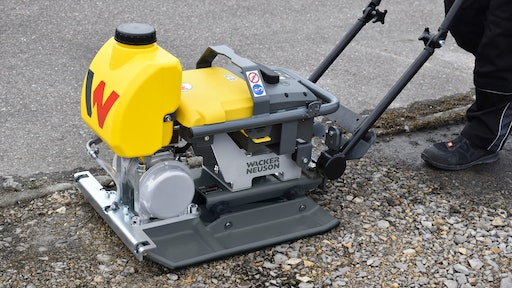 Following a preview of a range of electric-powered machine concepts at INTERMAT 2018 in Paris, Wacker Neuson chose World of Concrete 2019 to debut the first battery-powered single-direction vibratory plates to North American customers.

The AP1850e and AP1840e series offer a cordless, emissions-free solution for a variety of applications. They are suited for use in new commercial interior or indoor renovation projects, poorly ventilated areas such as trenches and tunnels and projects with strict emission and noise guidelines, as well as traditional soil and asphalt compaction applications. 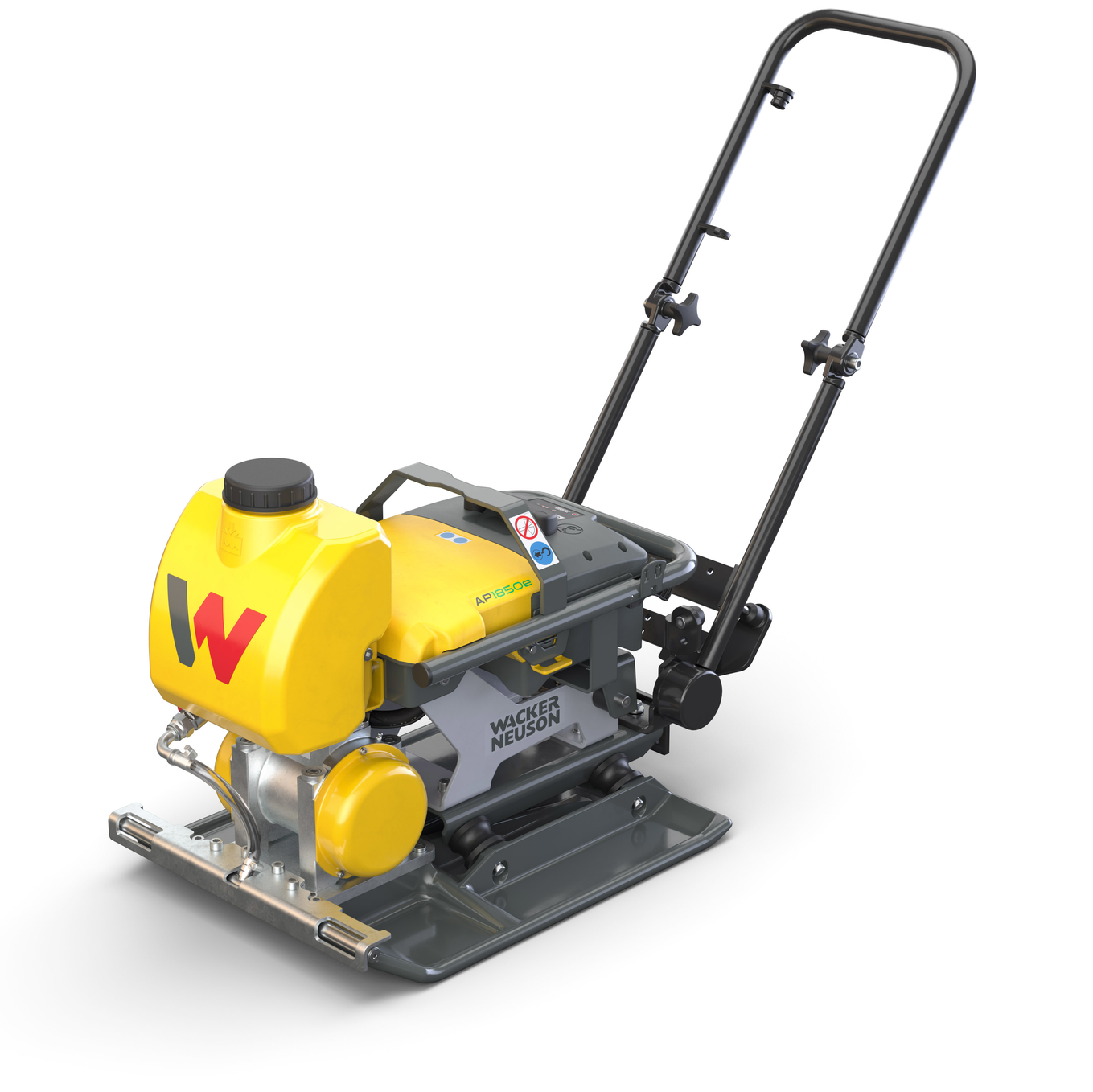 The AP series battery-powered plates are offered with 19.7- (AP1850e) or 15.8-in. operating widths (AP1840e), and are available with a water tank and sprinkling set for asphalt applications (AP1850we/AP1840we). They are simple to operate with an easy, push button start and charging indicator light on the battery.

According to Wacker Neuson, the battery-powered plates are the only single-direction plates on the market without a V-belt. The maintenance-free electric motor is mounted directly on the baseplate, which requires fewer wear parts and reduces service time.

The battery and charger used for the new AP series plates are the same as those used for the recently introduced AS50e battery rammer. Under typical working conditions, one battery charge can last a standard working day. Should the battery need to be changed, it can be easily removed without tools and replaced with a charged battery in a few simple steps. The battery system has been specially designed to withstand tough construction site conditions.

Nearly round vibratory plate is designed to make operation smoother than ever
Weber MT Inc.
November 4, 2019

Fitting with the company's zero emissions campaign, the new battery-powered plate compactor is a great tool for indoor or outdoor compacting
January 23, 2019

Three models suited to small to medium-sized projects
Yardmax
May 15, 2017

NPE Adds Another Hotel for 2017 in Nashville

Contractors looking to get a jump on hotel registration for National Pavement Expo, Feb. 1-4 2017 in Nashville, TN, can reserve hotel rooms now through the Hotel/Travel link at www.nationalpavementexpo.com. Don't delay, rooms are filling fast!
June 14, 2016