Clogged DPFs impede the rate of exhaust, creating back pressure that makes the engine have to work harder to force exhaust out. 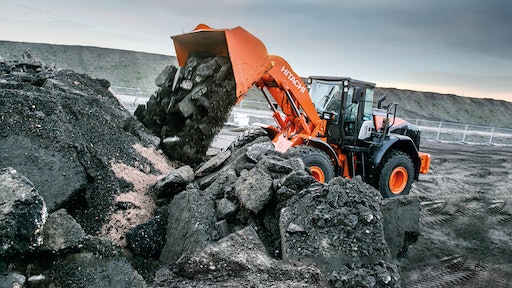 Both on-highway and off-highway operators feel the pain of ash accumulation in DPFs, but in different ways. For construction, mining or agricultural equipment, the added maintenance burden is the bigger issue, since the after-treatment equipment is more time consuming to service, and downtime can mean costly project delays. For a large on-highway truck fleet, fuel is a bigger contributor to operating costs, and the “fuel efficiency penalty” caused by clogged DPFs can run in the millions each year.

Clogged DPFs impede the rate of exhaust, creating back pressure that makes the engine have to work harder to force exhaust out. The harder the engine works, the more fuel it consumes. Soot clogging requires regeneration, meaning a burning off the accumulated soot by running the engine hotter. This takes the form of either passive regeneration, naturally occurring when an engine runs at an elevated temperature, or a forced regeneration, which entails taking the vehicle or equipment out of service and intentionally running the engine hotter than normal. In either case, the engine is burning fuel at a faster rate. Metallic engine oil additive ash caught in DPFs reduce the DPF capacity for capturing soot from the engine combustion resulting in more frequent regenerations required.

In a previous article, we examined the cost impact of exhaust after-treatment systems, particularly diesel particulate filters, or DPFs. While these systems have proven effective in reducing emissions as mandated by EPA regulations, they are prone to clogging from unburned soot and ash produced by additives in diesel engine oils. This has resulted in higher costs for DPF maintenance, repairs and replacement. Less obvious is the fact that ash accumulation in DPFs is also a drag on fuel efficiency, resulting in still more costs for fleet operators.

By now, it is widely understood among fleet maintenance managers that lower viscosity in diesel engine oils has a direct bearing on fuel efficiency in heavy duty vehicles. That is why we have seen a steady trend toward lower-viscosity oils in recent years. However, viscosity is not the only lubrication factor that has an impact on fuel economy. What else can lubricant producers be doing to help drive down fuel consumption even further?

Current API specifications for heavy duty engine oils mandate a maximum sulfate ash content of 1%. Some producers, including Chevron, have come in under that with CK-4 oils containing 0.9% ash. Now, can the industry deliver a solution that addresses both the maintenance cost and fuel consumption issues caused by ash accumulation in exhaust aftertreatment systems? We’ll answer that question in our next posting.

With over 35 years in the oil and gas industry, Dan Holdmeyer has worked for Chevron the past 14 years, serving in a variety of capacities with the company in addition to his current post as Industrial and Coolants Brand Manager where he works as a lubrication engineer that supports Chevron Delo and other related lubricants brands. He plays an integral role in supporting and managing a variety of programs related to off-highway and on-highway lubrication needs. Dan also works as Chevron’s Training Specialist for their Global Lubricants division since joining the company. Prior to joining Chevron, Dan worked as a Field Engineer at Mobil Oil Corporation for 20 years (1979-99) after graduating from the University of Missouri-Columbia with a Bachelor of Science in Chemical Engineering.

The AED Foundation distributes more than 4,800 technical tests, that help dealers ensure they are hiring qualified applicants that fit their dealership’s needs, since 2015.
AED Foundation
January 6, 2021
Follow Us