Cummins VP Recognized by Queen for Contributions to British Industry

John Iain Barrowman, , Vice President - High-Horsepower Operations and a senior director of Cummins Ltd., to receive prestigious Member of the Order of the British Empire award 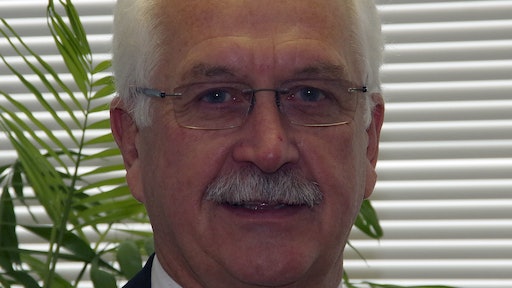 John Iain Barrowman, Vice President - High-Horsepower Operations and a senior director of Cummins Ltd., has been awarded a Member of the Order of the British Empire (MBE) in the New Year 2016 Honours List in recognition of his contribution to British industry. Barrowman was appointed as an MBE by Queen Elizabeth following a recommendation submitted by Prime Minister David Cameron. The MBE investiture ceremony will take place at Buckingham Palace at a date to be advised.

Barrowman MBE has overseen the development of Cummins U.K. operations into a world-class center of manufacturing excellence, enabling a major growth in export business that represented 78% of total sales in 2014. British-built Cummins diesel engines, turbochargers and power generation systems accounted for almost $2.8 billion in export sales out of a total sales of almost $3.5 billion.

"I am extremely honored to receive the MBE, and also very proud to accept this recognition on behalf of everyone working at Cummins in the United Kingdom," said Barrowman. "This prestigious award reflects the outstanding success that Cummins has achieved to continually improve our technology, enhance our quality and increase productivity to grow our business in worldwide markets.

"Equally important to this success has been the focus we have placed on developing our people - a focus that has been highlighted with numerous awards for high-quality training, diversity initiatives, apprenticeship and graduate schemes," added Barrowman.

Barrowman began his career with Cummins in 1987 as Engine Plant Manager, and over the course of 29 years has managed increasingly important roles, currently serving as Vice President of the company's worldwide manufacturing operations of high-horsepower engines while based at the Daventry U.K. facility.

Barrowman also serves as senior director of Cummins Ltd., and during his stewardship, U.K. operations have seen a substantial growth in sales, from around $1.4 billion in 2004 to almost $3.5 billion in 2014. Barrowman has also led initiatives to introduce a safer, more comfortable working environment, and plays a key role in driving annual environmental challenges resulting in a reduced carbon footprint and increased waste recycling at the company's facilities.

Cummins first overseas manufacturing operation was established in the United Kingdom in 1957, and today Cummins Ltd. extends to eight major facilities across the country, employing around 5,000 people. Its business operations have received the Queen's Award for Enterprise - the most coveted commercial award in the United Kingdom - on 14 occasions.