Proper Grease Selection is Not As Simple As It Seems

Proper selection of grease for construction equipment requires an understanding of grease properties and how they affect its application. 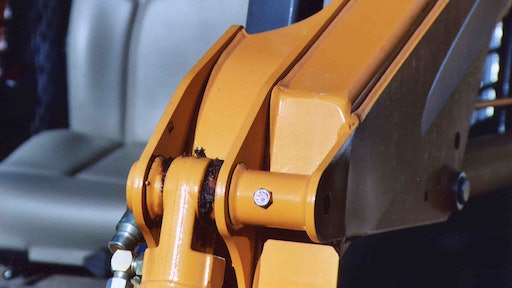 The soap or thickener in grease acts a holding agent that traps droplets of oil. When force is applied during operation, the soap releases the oil to lubricate the metal surfaces.

At first glance, grease can seem pretty simple in composition. Yet, under its gooey surface is a complex mixture designed to perform several key functions. In addition to providing lubrication to keep a piece of equipment operating smoothly, it is formulated to prevent metal-to-metal contact that can accelerate wear, cool components, clean out and prevent ingress of contaminants and reduce rust and corrosion of metal surfaces.

Grease is made up of three main components: a base oil, a thickener and additives that enhance performance. This combination enables grease to be “squeezed” between surfaces, gradually releasing oil into the areas requiring lubrication — not unlike squeezing a sponge to release fluids held in suspension. The greater the sheer force applied to the grease, the faster the oil and additives are released.

Although different grease types may look the same, they differ substantially in how they perform and where they’re best applied. Selecting a grease for your equipment requires a basic understanding of its properties to ensure you choose the appropriate product for the application and conditions.

Getting Into the Thick of Things

Grease is classified according to National Lubricating Grease Institute (NLGI) grades, which rate its thickness or fluidity — in other words, how well it will stay in the joint. The difference between grades largely depends on how much soap, or thickener, is added to the base oil.

The soap in grease essentially acts as a holding agent that traps droplets of oil. When force is applied to the grease, the soap releases the oil to lubricate the metal surfaces. As such, the type of soap is a determining factor in grease selection.

Although many different thickeners can be used, the most common are lithium or lithium complex soaps, which are generally fairly compatible with each other. Lithium complex greases tend to be the most popular due to their broader high- and low-temperature properties, water washout resistance and stability.

Other common thickener types include a poly urea-based soap, which provides good high-temperature and water resistance, as well as aluminum complex or calcium soap, both of which offer high resistance to water washout. However, these thickeners tend to have compatibility issues with lithium and lithium complex-based products. If you are currently using a lithium-based grease, you will likely need to flush out the bearings prior to switching grease types, since poor compatibility can cause excessive softening or hardening of the grease.

The thickness of a grease can be determined by the NLGI grade (see chart on page 34). The higher the grade number, the greater the amount of soap used, and the greater the tendency for the grease to stay put in heavily loaded components.

The most fluid grease, Grade 000, has a consistency similar to molasses or heavy gear oil, while a Grade 6 resembles a bar of soap. The grades used most often in the construction industry fall into the 0 to 2 range.

Grade 0 grease is commonly used in auto lube systems where the grease has to be fluid enough to circulate through several feet of hose. Grade 1 grease is thicker and can be a good choice for cold climates in winter, since it maintains sufficient pumpability when temperatures plummet. Grade 2 is typically used in the summer in colder climates and in warmer climates year round. It provides a good balance between pumpability and clingability.

The viscosity of the base oil used in a particular grease plays a role in determining the grease’s load carrying ability and how well it will perform under extreme pressure and temperature.

Load carrying ability ratings are reported on data sheets as the four-ball weld load and the Timken “OK” load. The higher the numbers, the greater the load carrying capacity, and the greater the grease’s ability to withstand heavy loads without breaking down.

Heavy-duty construction-type greases generally have higher oil viscosities, making them suited to applications such as hinge pins, dump beds, bucket pins and pivot points subjected to higher weight loads. The heavier the load, generally the higher the viscosity of base oil needed to minimize metal-to-metal contact.

Lighter oil viscosity, multipurpose greases can be more easily squeezed out between surfaces. However, they are capable of working in a broad spectrum of climates.

Synthetic or semi-synthetic greases add performance advantages in terms of oxidative and thermal stability. While especially important for high-temperature applications, they can also be useful in extremely low temperatures due to improved flow properties of the synthetic oils contained in the grease. This “all-weather” capability can make them beneficial in areas with a variable climate.

For example, a product information sheet might state the dropping point is 500° F. However, in actual application, sustained temperatures should not run higher than 350° F to avoid negative effects on the grease’s lubricating properties and the need for constant re-lubrication.

An additive is any substance added to a lubricant to modify its properties. A number of different additive types may be used in grease to enhance desirable properties and suppress those that are less desirable. Typical examples include antioxidants, corrosion inhibitors and anti-wear and extreme pressure (EP) additives.

One of the most common additives found in grease is molybdenum disulfide, or moly. This additive enhances durability by creating a more solid lubricating film around heavily loaded joints. It also provides an added layer of protection by staying in place even if the grease is forced out of the joint.

Corrosion and rust inhibitors do as their name implies — protect against corrosion and rust. Greases with these properties are especially beneficial in wet and/or harsh work environments.

Other additive types, such as synthetic polymers and tackifiers, tend to resist water washout and spray-off, while still others are designed to provide added temperature resistance.

Some additives don’t necessarily affect grease performance, but help to make managing a lubrication program easier. Dye is one such ingredient. While the color of the grease has no effect on performance, it can be used to quickly identify the grease being used, if it is coming out of the application and if the grease is dirty/contaminated.

Because there’s more to grease than what it seems, discuss your specific needs with your lubricant supplier. They can help you select the types of grease that will provide the appropriate combination of properties and performance for your equipment and its applications. ET 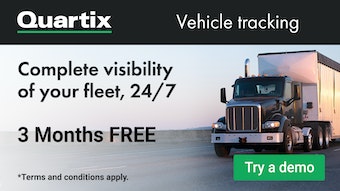