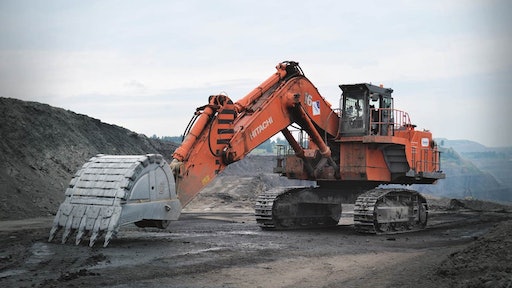 Evonik, a German specialty chemicals company, presented two of its leading technology solutions at bauma 2019 in Munich: DYNAVIS technology optimizes the viscosity of hydraulic fluids; and industrial gear oil formulations based on NUFLUX technology perform as well as synthetic based fluids, at a lower cost.

DYNAVIS is a technology for formulating hydraulic fluids, optimizing their viscosity. By changing from a standard hydraulic fluid to one formulated with DYNAVIS technology generates many benefits, including increases in machine productivity and improved fuel efficiency. Additional benefits include the machines operating more efficiently, reacting better, needing less frequent service, and suffering less wear and tear, ultimately extending their effective service life. And, this pays off quickly, most notably in extremely demanding applications, while also assuring higher returns, lower energy consumption and reduced CO2 emissions.

Lubricants formulated with DYNAVIS technology typically achieve efficiency gains at a minimum of 5% to 15%, which have been documented through a number of performance demonstrations over the past five years. This includes not only internal field tests but in tough, real-world situations globally. Companies who focus on mining, road construction, demolition or earthmoving have realized increased profits, with peak efficiency gains reaching up to 25%.

The conditions of a harsh operating environment and high-performance expectations prove that while conventional gear oils are adequate at fulfilling technical performance requirements, synthetic gear oils provide the advantage of longer service intervals and equipment service life — but at a higher cost. NUFLUX, Evonik’s innovative technology, enables lubricant companies to formulate industrial gear oils which not only deliver benefits such as long service life and lower operating temperature, but are also cost efficient.

Oils formulated with NUFLUX technology are largely equivalent to synthetic lubricants, and even surpass them in some respects. In fact, during a recent field trial in a pump gear in South Africa, a higher degree of efficiency was measured that promises to pay off. This made the decision of the Treatment Plant easier to fill 26 of their gears in the water treatment system with NUFLUX formulated oil.

Proper lubricant management will help you from throwing away valuable lubricant and wasting money
November 6, 2019
Follow Us