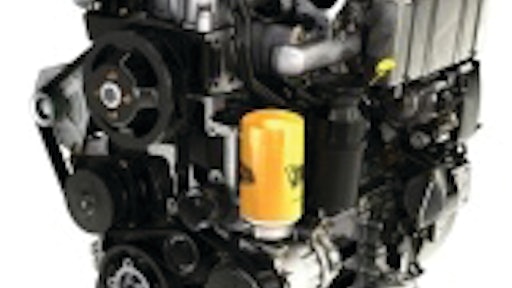 JCB's Tier 4 engine goes into production next year. The new £31 million investment will see the development of a new generation engine, which will go into production in 2016.

Construction equipment manufacturer JCB announced plans for a new £31 million (about $50 million) development project in the UK that will create a new generation of diesel engines and add about 350 jobs at its Midlands and Wales plants.

The program is set to get underway after the company was awarded £4.5 million towards the cost from the Government’s Regional Growth Fund (RGF). Design and research into the new engine project will take place at JCB Power Systems in Foston, Derbyshire, where the company’s JCB Dieselmax engine is manufactured.

Development of the new engine – which will be installed in JCB’s own products and also sold to third parties – means almost 50 new advanced engineering jobs are available immediately at JCB Power Systems, with recruitment already underway. The roles include engine design and development engineers, engine electronics and software engineers, quality technicians, manufacturing engineers, applications engineers, supplier development engineers and buyers. When the engine goes into production, more than 300 additional jobs will be created across JCB’s Staffordshire, Derbyshire and Wrexham factories between 2016 and 2021.

JCB Chief Executive Alan Blake said: “Since we began production in 2004, JCB has led the way in off-highway engine development, with a range of fuel saving, clean and highly efficient engines.

“The announcement that we now intend to invest £31 million developing our next generation engine is an important step in building on the success we have enjoyed so far and it will take the efficiency, productivity and environmental performance of our engines to new levels.

“The new JCB engine will give our products a huge competitive edge across global markets which we anticipate will lead to substantially increased sales between 2016 and 2021.

“That rise in demand will result in the creation of an additional 300 positions at our UK factories in addition to almost 50 engineering roles we are recruiting for immediately.”

JCB began manufacturing its Dieselmax engine range at its Derbyshire plant in 2004. This year the company also opened a new engine production facility in India for the production of fuel-efficient engines for its Indian-built products.

JCB’s own engines now power more than 70% of the company’s equipment range.  The same engines also powered the JCB Dieselmax car to a new world diesel landspeed record of 350.092mph on the Bonneville Salt Flats, USA in 2006.

March 1, 2012
Latest in Other Components