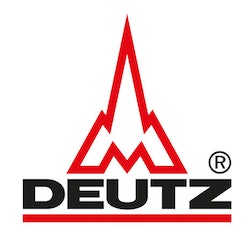 As a result of the transaction, AB Volvo now has a shareholding of 25% plus one share, making it the largest DEUTZ AG shareholder. Italian agricultural machinery manufacturer SAME DEUTZ-FAHR continues to hold approximately 8.4% and will maintain its successful relationship as both a customer and supplier, as well as continuing its strategic partnership with DEUTZ.

In the spring of this year, DEUTZ and Volvo signed a memorandum of understanding with the aim of exploring the option of extending their long-term alliance by jointly developing a new generation of medium-duty engines for industrial applications. As part of the memorandum of understanding, the two companies are also analyzing the terms and conditions for establishing a joint venture in China in which DEUTZ would hold a majority stake. The production company optimizes DEUTZ’s Asia strategy and would support the Volvo Group's expected growth in Asia by manufacturing medium-duty engines for industrial applications.

Brad Humphrey and the team discuss all things related to the jobsite and running a successful business. Tune in for a new episode every other Wednesday.
July 1, 2021
Latest