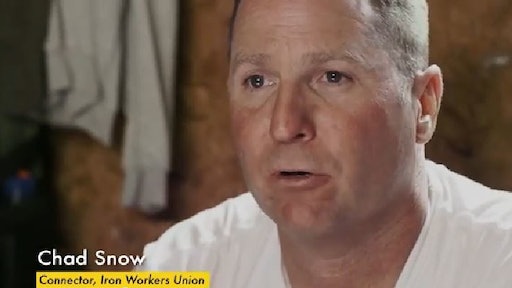 Chad Snow, a member of the Mohawk Tribe, walks the skies of New York City as a connector in one of the most tradition-rich Ironworkers Unions in the country.

Shell ROTELLA has unveiled its latest work on Unsung, a series of highly stylized, dynamic short-form documentaries capturing the often-overlooked stories of hardworking individuals from Alaska to Canada and New York City. These three new additions to the Unsung series, along with additional bonus content, follow the lives of hardworking individuals in their element, providing an inside look at the inspiration behind their drive.

From an ironworker who walks the skies of New York City erecting skyscrapers to a retired postmaster in Alaska who traversed some of the country’s toughest terrain, these are the stories of self-motivated individuals working long hours and relying on their hard work ethic to run the small businesses that propel the lifestyles of those around them. Many of the featured individuals leave their families behind for weeks at a time to provide for them, while others travel great distances to deliver goods to others.

The three new short-form documentaries featured at http://bit.ly/1l3O7I9 provide a glimpse into the hardworking lives of:

Shell ROTELLA also presents a behind-the-scenes look at the hard work ethic and passion that drives the contestants of the Shell Rotella SuperRigs and NHRDA drag racing competitions.