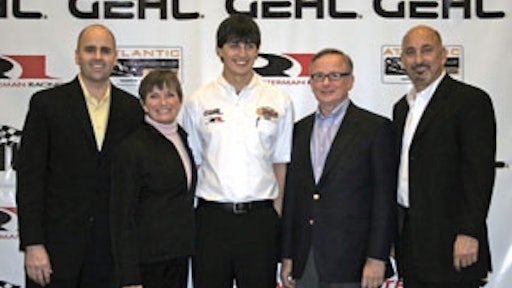 Anderson said Ennis Paint will integrate TMT's materials production business into its own operation and has taken possession of TMT's Salem, OR, plant. He said all production from TMT's Los Angeles plant is being moved into other Ennis Paint facilities.

Ingersoll-Rand Co. Ltd., Davidson, NC, is seeking help from contractors as it prepares to celebrate the 75th anniversary of Blaw-Knox, which Ingersoll Rand purchased in 1995.

In 1931, Blaw-Knox introduced the Ord Finisher for asphalt paving. It was the first paver constructed with ends resting on forms that could be raised or lowered. This technology made it possible for the use of multi-lifts without resetting the forms.

Submissions can be entered on the 75th anniversary website, ir-bk75.com. Prizes will also be awarded to those whose stories are used during the celebration.

Arizona topped the rankings for the first time this year based on the state’s promotion of free enterprise and investment in tomorrow’s construction workforce
Associated Builders and Contractors Inc. (ABC)
December 30, 2020
Follow Us