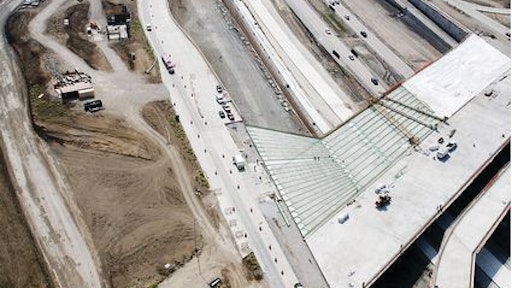 Under the contract extension, AECOM will provide a variety of project control, system integration and staff support services as DART completes the 20-mile expansion of its Orange and Blue light rail lines.

AECOM is honored by this opportunity to continue partnering closely with DART, a key client of ours for more than two decades," said John M. Dionisio, AECOM chairman and chief executive officer. "We look forward to delivering innovative solutions to enhance Dallas' mass transit systems."

During its most recent assignment on the DART light rail expansion, AECOM's project control and support services played a critical role in enabling the client to successfully open the 28-mile, $1.8-billion Green Line on schedule and under budget during December 2010.

AECOM's work on the current light rail contract began during 2002 and has a value of US$82 million to date.

AECOM is a global provider of professional technical and management support services to a broad range of markets, including transportation, facilities, environmental, energy, water and government. With approximately 45,000 employees around the world, AECOM provides a blend of global reach, local knowledge, innovation and technical excellence in delivering solutions that create, enhance and sustain the world's built, natural, and social environments. A Fortune 500 company, AECOM serves clients in approximately 125 countries and had revenue of $7.7 billion during the 12 months ended June 30, 2011. More information on AECOM and its services can be found at www.aecom.com.

Despite a solid effort across the industry, construction contractors should be investing more time and money in training both new and veteran construction employees.
Caterpillar - Cat
November 4, 2020
Follow Us