Philip K. Howard, chair of Common Good, says that overall the new regulations to streamline permitting are good for the construction industry 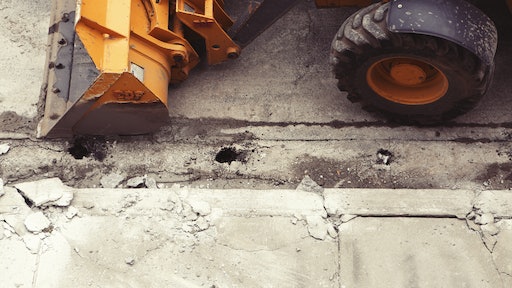 Fixing America’s decrepit infrastructure serves every legitimate public interest—creating a greener footprint, adding a million or more jobs (mostly outdoors), and enhancing America’s competitiveness. While we take issue with two aspects of the regulations, overall the new regulations to streamline permitting are a vital step to any realistic infrastructure plan:

It is ironic that both political parties seem determined to cast the new regulations in extreme terms instead of recognizing them as practical ways to advance the public interest, with new rules fully consistent with those of greener countries such as Germany. Contrary to the Trump Administration’s assertion that with these changes “President Trump is making good on his promise to conduct historic deregulation,” the new regulations do not undermine or change environmental laws. Nor do the new regulations give polluters “carte blanche to do what they want,” as stated by Rep. Kathy Castor, D-FL, Chair of the House Select Committee on the Climate Crisis.

A few of the changes to the regulations are unnecessary, and rightfully controversial. The limitation on consideration of cumulative impacts may be appropriate with most projects—for example, eliminating bottlenecks in highway projects. But certain large projects should involve consideration of complex and relatively remote phenomena such as climate change. Similarly, the requirement in the new regulations that comments provide citations, as well as data and methodological support, may prevent most Americans from participating in a review process that is meant to be participatory.

Philip Howard is chair of Common Good, a nonpartisan reform coalition that recently launched a Campaign for Common Good to reboot the operating systems of government. The vision is to re-empower officials and citizens alike to use common sense in daily decisions. The Founder and Chair of Common Good is Philip K. Howard, a lawyer and author, most recently, of Try Common Sense (W. W. Norton, 2019).

Past practices of highway trust fund bailouts and an overly broad federal gas tax won't be a good match for what is already under-funded highway infrastructure the coalition says
April 7, 2021

Next Steps for Biden's Infrastructure Plan

Crystal May, vice president of Safety and Environmental Operations at CRH Americas Materials offers these tips for contractors looking to help improve worker safety both inside and outside of the work zone
Jessica Lombardo
March 19, 2021

Concerns about finding skilled workers, material costs and steel tariffs still linger for construction business owners though according to the latest data released by the U.S. Chamber of Commerce
March 18, 2021
Follow Us