With Joe Biden projected to win the presidency and Republicans retaining control of the Senate, experts predict infrastructure may be one of the only things a Biden-led White House and a Republican Senate can agree on 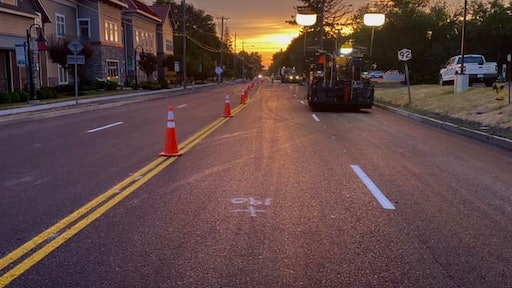 It's been said over and over again that infrastructure is an area where Washington can come together and find common ground. Still our roads and bridges are falling apart because our Congressional leaders have been unable to agree upon a way to fund a robust infrastructure package. That may change however as industry experts believe that 2021 may be a good year for some infrastructure legislation to finally come to fruition.

"Republican and Democrats have said for years that there's no such thing as a Republican road or Democratic bridge," Dave Bauer president and CEO of the American Road & Transportation Builders Association (ARTBA) said during an election impact webinar. "One way or another, the Congress that begins in 2021 will have to deal with a surface reauthorization bill, even if it's another extension."

The hope however, is that Congress can come together to find a longterm funding mechanism that will permanently shore up the HTF and provide states with funding security for years to come.

While the current Congress made some progress on surface transportation reauthorization legislation this year, the new Congress will have to start over next year.

"There's been a lot of work done on this already on this issue so it's not like they're completely starting from scratch in terms of ideas that are out there to fund our infrastructure," Ray Beeman, principal and co-leader at Washington Council Ernst & Young and former House Ways & Means Committee staff said. "You may argue there may not be any other ideas out there that haven't been found yet. So now it may come down to political decisions around what it is that you can actually get done on this particular issue versus continuing to spin our wheels on things that we know don't have a path forward."

The Senate Environment and Public Works Committee provided a strong, bipartisan foundation by passing the highway portion of a reauthorization bill with a 21-0 vote in 2019. With key leaders of that committee expected to remain in place, the process should start as soon as possible next year.

How to Pay for Infrastructure

The question always remains: how will we fund a plan that will support our infrastructure projects longterm? We all know the federal gas tax has not been raised since 1993 and we probably won't see it done in 2021. We will however need to find another way to pay for our roadways as gas tax revenues continue to dwindle.

"The gas tax makes a whole lot of sense from a policy standpoint, it's a user pays mechanism," Pat Bousliman, government affairs consultant with Subject Matter and former Senate Finance Committee staff, said. "But there's a reason that hasn't been increased since 1993, it's extremely unpopular."

Yet at the state level, leaders who impose gas tax increases to fund their failing infrastructure are continually reelected as voters realize the need for such funding.

"We've been supporting gas tax increases as long as we've been working on this, probably even longer," Bauer said. "All of our partners have demonstrated the political viability of raising fuels taxes at the state level. From our perspective, we're always going to be more focused on an outcome and that's getting a robust reauthorization bill at a time our country desperately needs it."

Biden has discussed increasing the corporate tax rate to pay for infrastructure and other user-based fees have been floated as a pay-for as well. Many believe that there will need to be a combination of revenue streams in order to provide longterm sustainable funding.

"There's no silver bullet out there that's going to cover everything," Beeman said. "Maybe we have to cobble a number of things together and sort of litigate through the policy merits of all those different options and potentially stitch together something that hopefully is enduring. Something that will not only raise revenue in the near term, but that will also provide a good tax base going forward, which again, the gas tax is not."

At the end of the day, our industry needs to continue to push Congressional leaders to act on infrastructure legislation so states can confidently bid and let the crucial work that needs to be done to fix our crumbling roads, bridges and highways.

"The most important thing is that we move forward, especially before the deadline of the current expiration," Bauer concludes.

This week, Jess & Dormie talk about how recruiting workers to the industry has changed as a result of COVID and share tips on how to retain your best workers. We also catch you up on the latest news and share your hard work during Build America Friday.
Jessica Lombardo
January 15, 2021
Follow Us