Peter DeFazio, Chair of the House Committee on Transportation and Infrastructure, says he is looking forward to discussions that could lead to substantial infrastructure investments during the Biden administration 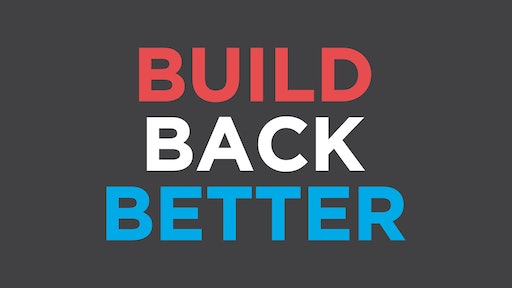 While many in the construction are worried about what a Biden presidency might mean for our industry long term, there is reason to be hopeful that the career politician may be able to get more done in Washington during his presidency than President Trump was able to do. Hope for a substantial investment in our nation's infrastructure is one of those things that are showing promise.

After four years of empty promises from President Trump, House Committee on Transportation and Infrastructure Chair Peter DeFazio (D-OR), says he looks forward to a real ‘Infrastructure Week’ under a Biden administration

“Despite all his talking and tweeting about investing in our Nation’s crumbling infrastructure, President Donald Trump’s most significant contribution to the conversation on infrastructure was turning "Infrastructure Week" into a running joke," DeFazio said in a statement. "As a result, the American people got four years of worsening congestion, increased carbon pollution and further decline in the state of our roads, bridges, public transit and more."

Earlier this year, DeFazio wrote a transformational bill that he says would move our infrastructure out of the 1950s and into the modern era. The bill passed the House with bipartisan support this summer, but then, like so many other critical House-passed bills, the Moving Forward Act did not progress in the Senate.

“That all changes under a Biden administration," DeFazio says. "The President-elect has made it clear he is ready to work with Congress to deliver results for all Americans with bold investments in infrastructure that help everyone, from large metro areas dealing with unreliable transit and soon to be jam-packed highways, to rural communities that suffer from bridges in poor condition and deteriorating roads. President-elect Biden plans to ‘Build Back Better,’ and that’s exactly what our Nation needs to move our infrastructure into the 21st century while creating millions of family wage jobs, supporting U.S. manufacturing, and harnessing American engineering and ingenuity. I can’t wait to get started.”

The Biden campaign has said, “We’ve seen the need for a more resilient economy for the long-term, and that means investing in a modern, sustainable infrastructure and sustainable engines of growth — from roads and bridges, to energy grids and schools, to universal broadband.”

However, the construction industry is still worried what this will all mean for them, especially if Biden includes "green" polices in his funding package.

Also of concern for the industry is the potential change to regulatory reform. Under President Trump, reduced regulatory burdens sought to streamline many environmental review processes which would speed up construction projects.

According to the Trump Administration, their approach to Federal regulation reform will have raised real incomes by an estimated $3,100 per household per year. Of this total, 20 notable Trump Administration deregulatory actions alone were projected to save American consumers and businesses about $220 billion per year.

Biden has said that he would immediately put regulations back in place during his time in office which has many in the industry concerned. When the President-elect announced his Build Back Better plan, he promised to reverse those roll backs in order to protect citizens and our environment, prompting concern in the construction industry.

"The regulatory environment will change meaningfully under a Biden presidency," Anirban Basu, chairman and CEO at the Sage Policy Group says. "Among the most impacted industries will be oil, natural gas and coal.  Firms in these segments are likely to face a more expensive regulatory framework, ultimately translated into less output than there would have been under a second Trump term.  That will impact related construction."

The U.S. continually "fixes" its infrastructure systems, but fails to invest to bring them up to necessary standards. That needs to change, say civil engineering experts at Arizona State University.
Gary Werner
May 17, 2021
Follow Us