During a public hearing to examine the Trump Administration’s fiscal year 2021 budget request, Elaine Chao made sure to indicate regulatory reform was well on their radar 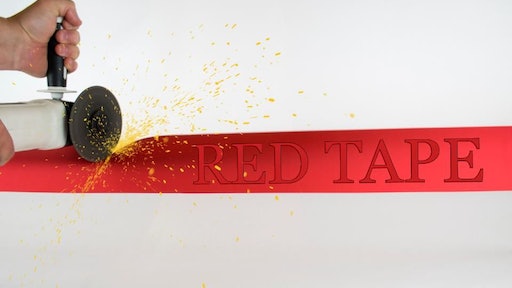 Since Trump was voted into office, his administration has been seeking to roll back government rules in what it says is an effort to free the economy from red tape.  During a public hearing to examine the Trump Administration’s fiscal year 2021 budget request, U.S. Transportation Secretary Elaine Chao was asked how the administration is continuing to work on regulatory reform and how they will continue to do so in the future.

“Regulatory reform is a huge issue for everyone who cares about infrastructure,” Chao said. “I go into different communities and I’m horrified to learn how long it takes for new projects to be moved along and finished. This administration has made it a priority to reduce the regulatory burden and streamline the environmental 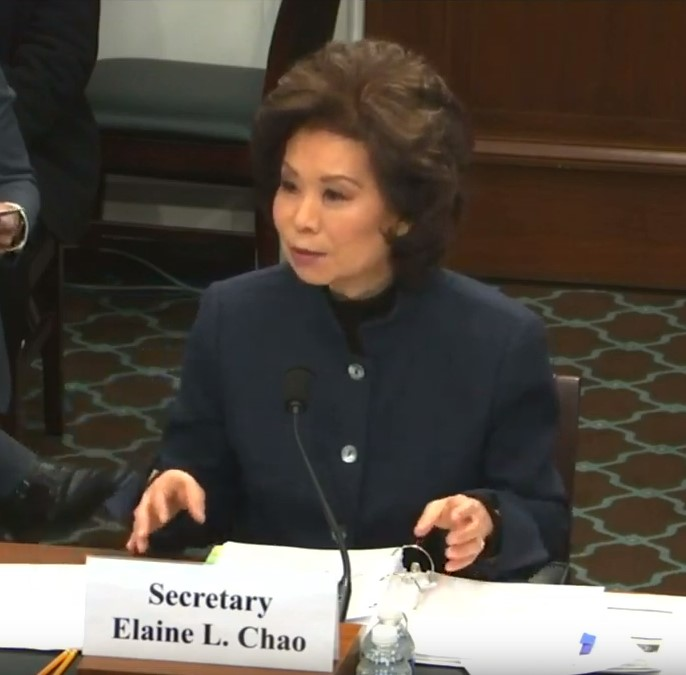 During a public hearing to examine the Trump Administration’s fiscal year 2021 budget request U.S. Transportation Secretary Elaine Chao was asked how the administration is continuing to work on regulatory reform and how they will continue to do so in the future.Youtubestandards without compromising safety or environmental protection.”

In late 2019, the department announced the Rule on Rules that Chao said would codify a series of important reforms to the department’s rule-making guidance and performance practices. The “rule on rules” will ensure the department’s regulations aren’t too complicated, out of date or contradictory.

Chao discussed this as the president’s one federal decision that received an unprecedented level of cooperation within the federal government’s executive branch.

“As you’ve heard the Hoover Dam took just four years to build,” Chao said. “Two years ago, I went to Alaska to give one of the final approvals for the construction of the Sterling Highway. It took 37 years. Clearly that is unacceptable. Communities are not able to function and have the quality of life they deserve when so many of these projects are so delayed.”

It’s no secret that moving projects along would be a boost to the economy, but now new data supports it.

On February 20th 2020, the Council of Economic Advisers released its annual Economic Report of the President. The Report shows that three years into the Trump Administration, the U.S. economy continues to outperform pre-2016 election expectations, delivering inclusive gains to American families.

As President Trump wrote in his letter introducing the report, “These results did not come about by accident. Instead, they were supported by our foundational pillars for economic growth that put Americans first, including tax cuts, deregulation, energy independence and trade renegotiation.”

Trump signed two Executive Orders that will improve Federal agencies’ transparency and fairness while holding them accountable for their actions. His letter indicated that deregulation and increased transparency will save job creators money, leading to more hiring and higher paychecks

According to The White House, once fully in effect, the Administration’s approach to Federal regulation will have raised real incomes by an estimated $3,100 per household per year. Of this total, 20 notable Trump Administration deregulatory actions alone are projected to save American consumers and businesses about $220 billion per year once they go into full effect, which will raise real incomes by about 1.3 percent.

You can watch the hearing here.

Shares of top construction firms were already seeing a momentum shift last week after the President endorsed the $1.2 trillion framework. The plan is expected to encourage widespread economic recovery through 2026 and create 775,000 new jobs.
Jessica Lombardo
June 28, 2021
Follow Us