Democrats are ready to ‘move forward’ on a separate budget resolution teeing up $3.5 trillion in spending. The party hopes to pass its budget and the budget reconciliation package with just Democratic votes, complicating the $1.5 trillion bipartisan plan. 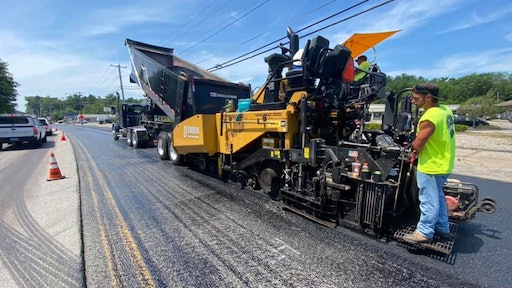 This week, Senate Majority Leader Charles Schumer (D-NY) and Budget Committee chair Bernie Sanders (I-VT) agreed on a deal for a $3.5 trillion infrastructure bill Democrats plan to pass through reconciliation. The proposal would extend Medicare to cover dental, vision and hearing; tackle climate change and bar tax hikes on those who make less than $400,000 a year.

The plan is separate from the $1.2 trillion dollar infrastructure bill that was agreed to on a bipartisan basis that is aimed to address our crumbling roads, bridges, airports and waterways.

Democrats are pursuing a two-track infrastructure plan: On one path, the bipartisan group is still drafting the $1.2 trillion plan, and on the other, Democrats will try to go it alone for their $3.5 trillion bill. Schumer said this week that Senate would vote on both the bipartisan infrastructure deal and the budget resolution containing instructions to set up the larger spending package before the August recess.

Democrats still need to sketch out many of the details and unify their members but the budget resolution will include instructions for passing a Democratic-only bill through reconciliation, which allows Democrats to bypass a GOP filibuster.

Democrats won't get any GOP help to pass a $3.5 trillion infrastructure bill. But combined with the separate bipartisan package, it's expected to bring the total of new spending on infrastructure to $4.1 trillion.

Republicans are warning though that the two separate plans with separate agendas will "complicate" bipartisanship.

“Having the budget resolution conversation around this complicates the issue and makes it clear what the Democrats ultimate objectives are and if able to achieve those, yeah, it creates a lot of heartburn for our members,” Senator John Thune (R-SD) said.

He added that Democrats' willingness to use reconciliation on a second Democratic-only bill “adds a context to the conversation around the [bipartisan] infrastructure bill that is not conducive to getting more Republican votes for it.”

This week, the bipartisan group was working to turn their plan into legislative text. Members of the group said this week that they had made progress, but were still working out a couple dozen issues. They have a goal of resolving those and wrapping up this week.

To pass a bipartisan bill, negotiators need to win over 60 votes. The group currently has 22 members, including 11 Republicans.

Next week, Schumer is expected to file a shell bill that senators will later swap for the eventual bill language. The majority leader needs at least 60 votes to clear Wednesday’s filibuster hurdle to take up debate.

“Senators will have until Wednesday of next week before the initial vote on cloture on the motion to proceed," Schumer said. "Everyone has been having productive conversations and it's important to keep the two-track process moving. All parties involved in the bipartisan infrastructure bill talks must now finalize their agreement so that the Senate can begin considering that legislation next week.

Wednesday is also Schumer’s deadline for Democrats to “move forward” on their plan which only requires a simple majority to pass. Senator Joe Manchin (D-WV), whose vote is crucial to move the resolution forward, called it a “challenge” for all 50 members to come to agreement on $3.5 trillion for what Biden calls “human infrastructure” — education, Medicare, child and elder care, climate change policies.”

How each of these bills will be paid for is still up in the air and many are saying this rush to vote on bills that are not ready will be bad for the success of the plan.

“It’s a bad idea if the bill’s not ready. ... Our guys aren’t going to vote for a bill they haven’t seen,” Thune, the No. 2 Senate Republican said.

Absent completed legislative text, the Congressional Budget Office also cannot explain its effects on spending, revenues and debt. The infrastructure negotiations from the outset have been complicated by the search for ways to offset spending acceptable to a magic number of Democrats and Republicans.

ForConstructionPros.com will continue posting updates on the progress in Washington.