The annual national survey – What Do Americans Think about Federal Tax Options to Support Transportation? – now in its 11th year, also found that only 3% of respondents knew that Congress had not raised the rate of the federal gas tax since 1993. 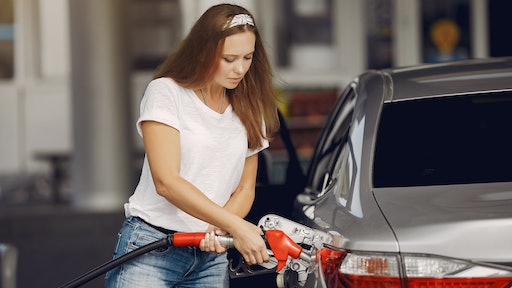 According to a new survey exploring public support for raising federal transportation revenues through gas taxes and mileage fees, 75% of respondents support a 10¢ increase in the gas tax if the revenue raised is dedicated to maintenance projects.

The annual national survey – What Do Americans Think about Federal Tax Options to Support Transportation? – now in its 11th year, also found that only 3% of respondents knew that Congress had not raised the rate of the federal gas tax since 1993.

Conducted by The Mineta Transportation Institute at San Jose State University, the research study asked participants if they would support raising the federal gas tax rate by 10 cents per gallon. Seventy-five percent of respondents support a 10¢ gas tax increase if the revenue raised is dedicated to maintenance projects, yet only 44% support the same increase if the money is used more generally to maintain and improve the transportation system.

The survey also found that half of Americans support the idea of mileage fees. “Roughly half of American adults support some form of a mileage fee,” says Dr. Asha Weinstein Agrawal, one of the study’s authors. “For example, 49% supported replacing the gas tax with a ‘green’ mileage fee that charges an average rate of a penny per mile, with lower rates for less polluting vehicles and higher rates for more polluting vehicles.” Co-author Dr. Hilary Nixon broke that statistic down further, explaining that “54% of people supported such a fee on delivery and freight trucks, and 52% supported such a fee on either taxis or ridesharing vehicles.”

Other key 2020 findings include:

This survey comes on the heel of an announcement from the U.S. Department of Transportation’s Federal Highway Administration (FHWA) that it has awarded $15 million in Surface Transportation System Funding Alternatives (STSFA) grants to seven projects in five states to explore new ways to fund highway and bridge projects. The program’s goal is to test ways to supplement the federal gas tax and “provide long-term support for the Highway Trust Fund.” The California DOT (Caltrans) was the recipient of a STSFA grant in 2018 when it was awarded $2 million for the exploration of California’s Road Usage Charge Program with emerging technologies and services.