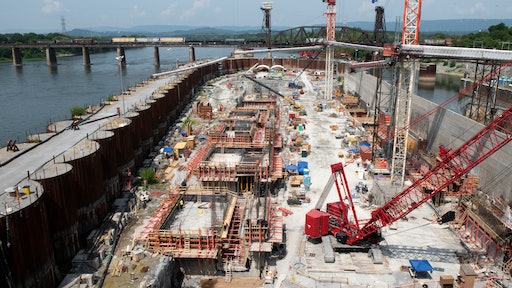 ENR estimates the total cost of the projects, including nonfederal shares, is more than $13 billion.

Rep. Peter DeFazio (D-OR), chairman of the House Transportation and Infrastructure Committee, told WaterwaysJournal.net the measure also would accomplish one of his top priorities by unlocking the Harbor Maintenance Trust Fund and investing that revenue in the nation’s ports and harbors.

“This legislation will allow for the approximately $10 billion in already collected HMT funds to be used to ensure the maintenance needs of ports and harbors across the country are met,” DeFazio said.

“In addition, the legislation sets aside funding specifically to meet the needs of emerging harbors, including improvements to jetties and breakwaters.” He also pointed to provisions on 30-plus feasibility studies and the construction of roughly the same number of pending projects with final Chief’s Reports within the agency’s civil works mission areas.

The WRDA has strong support from Transportation and Infrastructure Committee leaders and the rank and file from both parties. But it may wait as the Senate debates the coronavirus-relief bill introduced July 27.

In yet another effort to garner bipartisan support for an infrastructure proposal, House Republicans offer a potential third option for infrastructure funding, one that’s more narrowly focused than either the White House or Senate Republicans’ plan
Jessica Lombardo
May 21, 2021
Follow Us