With revenue for roadways down due to more Americans working from home and Congress refusing to act to fund infrastructure, states are forced to take matters in to their own hands 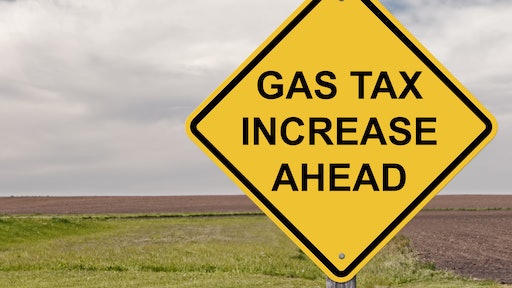 While a new study shows Americans are saving $758 million a day since the coronavirus outbreak by working from home, state transportation departments across the nation say the coronavirus pandemic has left them facing an estimated $50 billion shortfall in funding needed to repave our deteriorating roads, maintain bridges and repair our infrastructure.

The budget gap is in large part the result of the stay at home orders imposed across the country in the spring to slow the spread of the novel coronavirus. That sent demand for gasoline falling by hundreds of millions of gallons each day. And as gas stopped flowing into the tanks of Americans’ cars and trucks, the tax revenue from that fuel stopped flowing to state transportation departments.

According to the American Roads and Transportation Builders Association (ARTBA), more than $8.5 billion of work planned in 14 states and 19 localities — from major highway projects to local street repairs — has been canceled or delayed.

While the industry waits for Congress to provide funding to combat these shortfalls, states are left to fend for themselves and many are contemplating gas tax increases to keep their projects moving forward.

New Jersey's Department of the Treasury announced a gas tax increase of 9.3 cents per gallon due to "lower fuel consumption trends, which have been exacerbated by the COVID-19 pandemic." The increase is set to go into effect October 1.

According to the treasury department, consumption of gasoline fell by a total of 38.7 percent from March to May in the state. Diesel fuel consumption decreased by 16.5 percent. The need for gasoline and diesel fuel continues to be low as people work from home and limit extracurricular activity due to the ongoing pandemic.

South Carolina also announced this week that with more people working from home, the department has lost $49 million in gas tax fees so far this year. As a result, the state DOT slowed hiring new employees and is cutting back on certain purchases. In Illinois, motor fuel tax revenues were down $82 million from the same period in 2019.

The situation is worse in Nevada where there is currently an annual roadway shortfall of $505 million and $25 million in unfunded transit needs, including for safety, bridge preservation, and transit.

States should not have to tax their residents even more during these already strapped times. With just weeks left in the 2020 legislative session, Congress needs to enact longterm funding for our roadways, especially before the FAST Act expires at the end of this month. On Friday, the ranking member of the House Transportation and Infrastructure Committee signaled an extension was all but inevitable.

Alison Premo-Black, chief economist at ARTBA, said this funding would be a win-win.

"Spending now would help put people to work in construction at a time when millions are jobless, and would make the economy more productive," she says.

Influential speaker Matt Booth will kickoff the Ignite Construction Summit with his session to help construction business owners create a positive mindset in employees from top to bottom
Jessica Lombardo
June 21, 2021
Follow Us