TRIP says that 47% of major locally and state-maintained roads and highways in New York are in poor or mediocre condition - costing the average NY driver $588 a year - $7.2 billion statewide. 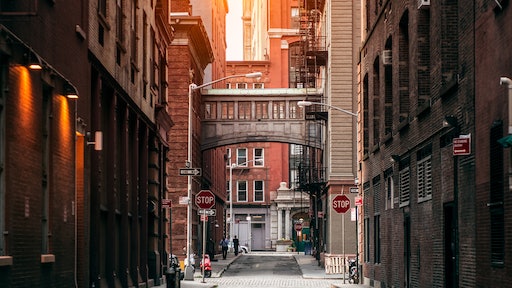 Driving on roads that are deteriorated, congested and that lack some desirable safety features is unfortunately a common occurrence across the county. According to a new report released by TRIP, these conditions cost New York drivers a total of $26 billion each year.

TRIP has calculated the cost to the average motorist in the state’s largest urban areas in the form of additional vehicle operating costs (VOC) as a result of driving on rough roads, the cost of lost time and wasted fuel due to congestion, and the financial cost of traffic crashes in which the lack of adequate safety features was a contributing factor.

Due to inadequate state and local funding, 47 percent of major locally and state-maintained roads and highways in New York are in poor or mediocre condition. Driving on rough roads costs the average New York driver $588 annually in additional vehicle operating costs – a total of $7.2 billion statewide.

In addition, 10 percent of New York’s bridges are rated in poor/structurally deficient condition, the eleventh highest share in the nation. Bridges that are rated poor/structurally deficient have significant deterioration of the bridge deck, supports or other major components. Fifty-four percent of the state’s bridges are rated in fair condition and the remaining 36 percent are in good condition.

Unfortunately, like the rest of the nation, funding is not keeping up to help improve these conditions.

The current federal transportation legislation, Fixing America’s Surface Transportation Act (FAST Act), was set to expire on September 30, 2020. Congress extended it by one year to September 30, 2021. The FAST Act is a major source of funding for road, highway and bridge repairs in New York. Throughout the initial five years of the FAST-Act – fiscal years 2016 to 2020 – the program provided $8.9 billion to New York for road repairs and improvements, an average of $1.8 billion per year. From 2014 to 2018, the federal government provided $1.28 for road improvements in New York for every $1.00 state motorists paid in federal highway user fees, including the federal state motor fuel tax. From 2014 to 2018, federal funds provided for highway improvements were the equivalent of 37 percent of the amount of New York state capital outlays on road, highway and bridge projects, including construction, engineering and right-of-way acquisition.

Congestion in New York, and across the county for that matter, is increasing and it's another issue we need to address.

In 2018, the state’s transportation system carried 123.5 billion annual vehicle miles of travel (VMT). Congested roads choke commuting and commerce and cost New York drivers $14.2 billion each year in the form of lost time and wasted fuel. In the most congested urban areas, drivers lose up to $1,947 and as many as 92 hours per year sitting in congestion. Due to the Covid-19 pandemic, vehicle travel in New York dropped by as much as 45 percent in April 2020 (as compared to vehicle travel during the same month the previous year), but rebounded to 10 percent below the previous year’s volume in September 2020.

Increasing levels of traffic congestion cause significant delays in New York, particularly in its larger urban areas, choking commuting and commerce. Traffic congestion robs commuters of time and money and imposes increased costs on businesses, shippers and manufacturers, which are often passed along to the consumer. Increased levels of congestion can also reduce the attractiveness of a location to a company when considering expansion or where to locate a new facility.