CEI says the current structure features a long-term funding shortfall (with inevitable bailouts) and a mismatch between who pays for roads and who uses them and there are better, more accurate and equitable ways to pay for them than a federal gas tax 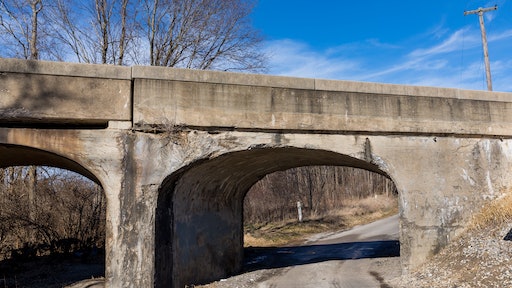 The surface transportation construction industry has long had to rely on Washington for its prosperity. We spend most years holding our breath and hoping we will receive more Federal funding to fix our crumbling roads, bridges and highway systems. Currently in the United States, 7 percent of bridges are structurally deficient, and 19 percent of major highway pavements have deteriorated. Yet, our existing financing structure has few tools to address the looming reconstruction challenges facing existing infrastructure.

It is still imperative that a multi-year highway bill be enacted to maintain and improve highway infrastructure, avoid project delays and provide proper investment for Highway Trust Fund solvency, which needs a sustainable revenue source. The 116th Congress still has work to do for the construction industry to know what the publicly funded highway market will look like in 2021.

When the extension expires in September of 2021, the 117th Congress will need to decide what should be done to fund our infrastructure for the longterm. The industry hopes the new Congress will address the inadequacy of existing legacy programs and answer the question of how to support economic growth while also conserving existing infrastructure.

Is There a Better Way to Fund Infrastructure?

For more than a decade, the federal Highway Trust Fund has disbursed outlays in excess of dedicated fuel tax and other user tax revenue, leading to a cumulative $141 billion taxpayer-funded bailout by Congress, paid with general revenue funds even after leveraging.

A 2019 National Academy of Sciences study on the future needs of the Interstate Highway System highlights the looming crisis. Even after the beneficial leveraging arrangement and $141 billion in additional investment from general funds over the past decade, the Interstate Highway System is still falling behind in its ability to provide today’s level of service into the future. The study estimates an additional $36 billion annually in investment will be needed over 20 years just to meet population growth levels of additional travel.

This study also demonstrates that future Interstate high-way congestion will spread beyond urban corridors, stretching far into rural areas, particularly on routes favored by heavy commercial vehicles. A realistic 20-year plan should consider citizens’ ability to choose different options to long-distance driving to escape these conditions. These investments, based on the findings of the future needs study, would increase the historical highway revenue gap quant to 13 cents per intercity person-mile

Instead of inevitable bailouts of the Highway Trust Fund (HTF) which cannot keep up with demand, Competitive Enterprise Institute (CEI) has released a report that suggests new ways to pay for the repair and construction of our roadways. They suggest that some projects could be scaled back, in context from rural intercity travel to urban daily commuting, and suggest a middle ground between greater general fund spending and new widespread tolls.

"In the United States, infrastructure investment occurs through a variety of methods, a situation that leads to confusion when one tries to compare results," report author Virgil G. Payne, PE says. "The most common method is a publicly leveraged investment, where taxes are collected on the use of a broad base of resources and then devoted to competitive federal programs to finance certain projects selected on economic rankings. The Interstate Highway System is financially leveraged in this manner through the collection of excise taxes on mo-tor fuel, which is largely burned while driving on surface streets that are funded primarily through local property taxes."

Payne says that the overarching goals of federal transportation infrastructure policy should be to promote interstate commerce and to prioritize existing infrastructure asset maintenance over new construction. Federal investments should be structured in a way that proposals for new intercity facilities can be tested by specific metrics, so that only truly nationally significant facilities of reasonable size are built to support the nation’s expanding population and economy.

The report says that for some time, a hybrid financial structure will likely be needed in certain parts of the country. New tolls, new user-based fees and other funding mechanisms will all need to be deployed to get our infrastructure the repairs and upgrades they need.

Some prior proposals have suggested that new tolls could fund the rebuilding and some of the expansion of Interstate highways, while Highway Trust Fund monies continue to support Interstate segments that lack sufficient traffic to support toll finance. Other suggestions support user-based fees however Payne says that it remains to be seen how a new value proposition could be developed to avoid the same political backlash that has been seen over fuel tax increases.

"Many in the construction industry are concerned that any shift from fuel taxes to general funds would weaken the primacy of funding priorities conveyed via user fees," he adds. "However, significant challenges are arising regardless, as vehicles last longer, thus reducing local sales tax revenue, and partial electrification of the vehicle fleet threatens to dry up the federal revenue stream that remains mostly dependent on fuel tax collections."

Payne suggests that a new model be enacted to fund our infrastructure.

"An expansion throttle may assist in reducing prescriptive environmental rules through the discipline of the marketplace, combined with a feedback loop that allows for only truly needed projects," he says. " For those in the transportation construction industry, the quant could be a much-needed counter to our bail-out-to-bailout era. It would justify an orderly nationwide prioritization of investment for both intercity limited-ac-cess highways and alternative modes outside congested urban regions, where past reform efforts have sought to impose moratoriums and exclusions.

" The quant would essentially be the starting value for a nationwide system of shadow tolls, or pass-through tolls, which would control how funding is distributed in future legislation, instead of relying only on political funding buckets. It would provide a metric to track the efficiency of both the project design as it relates to the geographic needs of the region and the project team’s execution. It would apply equally to traditional design-bid-build projects by state transportation departments as well as more innovative project models ranging from de-sign-build to P3 design-build-finance-operate-maintain project concessions. State agencies would have an initial lead with the institutional engineering knowledge necessary for maintaining our declining existing network and its established travel volume.

"Moreover, state transportation departments would not act as unchallengeable arbitrators in complicated urban projects that require expedited work and unique value-engineered approaches. This approach could support various project structures and allow the best to win out as long-run average-cost plans are developed for infrastructure assets. Since the owner’s engineer must ultimately be sufficiently experienced to develop the criteria for bidding even a de-sign-build project, the ability for multiple approaches to exist side by side for at least some time may provide the best long-term value."

With September 2021 just a mere 10 months away and a full schedule for the 117th Congress, we have high hopes that the new Administration and Congress have the time to build upon the work done by the previous Congress to enact a long-term, well-funded bill.