A new round of COVID-19 relief that includes transportation aid is on the congressional radar as the U.S. House and Senate prepare to adjourn for the year 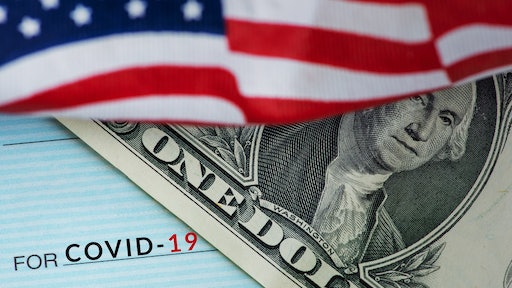 Negotiators in the House and Senate are racing to finish a massive end-of-year deal to fund the government and provide help to workers and families struggling through a worsening pandemic.

Funding expires Dec. 11 and Congress is expected to pass a one-week stopgap measure as soon as Wednesday to keep the government funded through Dec. 18. Without such action, the government could shut down on Saturday.

Moving funding forward is stalled by the fact that Congressional leaders are still hoping to stick long-stalled coronavirus relief onto the mammoth funding bill.

“When I spoke to [Senate] Leader [Mitch] McConnell yesterday, we talked about the possibility of putting a COVID package on the [fiscal 2021 funding] omnibus bill,” House Speaker Nancy Pelosi (D-CA) said Dec. 4. “But he and I, being appropriators, know that if you are going to do that, you have to have an omnibus bill. And so, we have to work through all of the provisions that are still unresolved there. We’re making progress.”

According to The Hill, they are juggling that with votes on a defense bill President Trump has threatened to veto and a long-shot effort to block a $23 billion arms sale to the United Arab Emirates.

Last week, lawmakers released a COVID-19 aid framework that proposed $45 billion for transportation systems. The bipartisan group of lawmakers, led by Senators Joe Manchin (D-WV) and Mitt Romney (R-UT), plan to reveal the legislative text for their $908 billion relief framework this week. Of that proposal, $45 billion would be directed for airlines, airports, the bus and transit systems and Amtrak’s operations; $16 billion for vaccine development and distribution; $10 billion for the postal system; and $10 billion for child care assistance

Both Senate Majority Leader Mitch McConnell (R-KY) and Pelosi have said they want the big deal, but differences on aid to local governments and McConnell’s demand for broad liability protections are among the outstanding issues to be resolved.

However, McConnell has proposed keeping two thorny issues — coronavirus-related liability protection and funding for state and local governments — out of the next COVID-19 relief bill.

Instead, the GOP leader says Congress should limit the bill to items that have broad agreement, such as new funding for a second round of Paycheck Protection Program small-business loans, money for vaccine distribution and additional resources for health care workers.

“My view and I think it’s the view shared by literally everybody on both sides of the aisle: We can’t leave without doing a COVID bill. The country needs it,” he said. “We need to do this.”

“It remains my view that we ought to pass what we can agree on,” he said

Speaking in Delaware, President-Elect Joe Biden called on Congress to act quickly to get the relief bill passed.

"I'm encouraged by the bipartisan efforts in Congress around a $900 billion economic relief package, which I've said is critical," he continued. "But this package is only a start for more action early next year. We must also focus significant resources on direct public health response to COVID-19."

"Our preliminary review of Trump administration vaccine distribution plans confirms media reports: Without urgent action by this Congress this month to put sufficient resources into vaccine distribution and manufacturing, which the bipartisan group is working on, there's a real chance that after an early round of vaccinations, the effort will slow and stall," Biden said.

"We need Congress to finish the bipartisan work underway or millions of Americans may wait months longer to get the vaccine," he added.