Next Steps for Biden's Infrastructure Plan 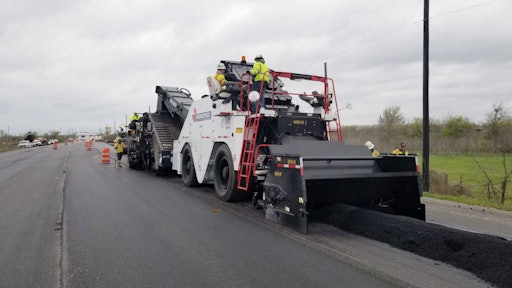 Advisers to President Joe Biden are preparing a $4 trillion package to boost the economy, reduce carbon emissions and narrow economic inequality. During last year’s campaign, Biden described the package with the phrase “build back better.” It is an attempt to create a more prosperous, equal and sustainable economy with a sweeping infrastructure package at it's core. It’s also being touted as the Democratic Party’s answer to decades of rising inequality and growing damage from climate change.

The White House has not yet released all of the details, and they will probably change as the package moves through Congress. White House spokeswoman Jen Psaki said on Twitter that Biden would not unveil a proposal this week but that the “focus will be on jobs and making life better for Americans. He is considering a range of options, scopes and sizes of plans and will discuss with his policy team in days ahead, but speculation is premature,” she added.

The infrastructure proposal is said to include large portions of the plan Biden offered during the 2020 election, including investments that his campaign predicted would create five million new jobs, on top of restoring all the jobs lost last year during the Covid-19 crisis.

Biden’s advisers plan to recommend that the $3 trillion package be broken into pieces, with Congress tackling infrastructure before turning to a second package that would include more people-focused proposals, like free community college, universal prekindergarten and a national paid leave program.

Democrats see infrastructure as one area where they might be able to attract support from Republicans because of the need to rebuild roads, bridges and airports across the country, but Republicans are already expressing skepticism.

“We’re hearing the next few months might bring a so-called ‘infrastructure’ proposal that may actually be a Trojan horse for massive tax hikes and other job-killing left-wing policies,” Minority Leader Mitch McConnell said on the Senate floor on Monday.

It remains to be seen if such a proposal can gain Republican support and much of that will depend largely on how the bill is paid for.

According to The Hill, lower prescription-drug costs would cover some of the package’s $3 trillion to $4 trillion in new spending over 10 years. But a bigger source of money would be higher taxes on the affluent — people making at least $400,000 a year — and on corporations. Republicans are unlikely to support any such tax increases, which means Democrats would need to pass major parts of the package using a special parliamentary tactic called reconciliation which was used to pass the latest Covid-19 relief bill. Bills that go through reconciliation need only 51 votes in the Senate, rather than 60, to pass.

"In practice, reconciliation allows Congress to pass significant legislation, like an infrastructure bill, without having to negotiate with the minority party,"  Steve Palmer with Van Scoyoc Associates said. "Each time the reconciliation process is used, targeted policy changes are enacted through changes to mandatory spending and/or the tax code. While reconciliation is mostly used to pass major legislative priorities, there may be opportunities to include smaller policy changes as part of the larger package."

Buttigieg to Testify Before Congress

Buttigieg’s testimony will help shape the contours of the debate in the coming months, as multiple House and Senate committees are planning to act on infrastructure legislation in May .

Here's why the most-read construction stories include when to use walk-behind trenchers, stand-on skid steers, and vacuum excavators, how to keep construction material delivery accountable, another measure of construction’s supply problem
Alexis Brumm
Larry Stewart
May 14, 2021
Latest

Biden has said a gas tax increase would pay for only a fraction of the investment the country needs and that the hike would go against his promise not to raise taxes for people making under $400,000 to pay for this plan
Jessica Lombardo
April 14, 2021
Follow Us