White House confirms that the first proposal will likely address physical infrastructure such as roads, bridges and efforts to expand rural broadband access…the second will cover issues such as child care and health care. 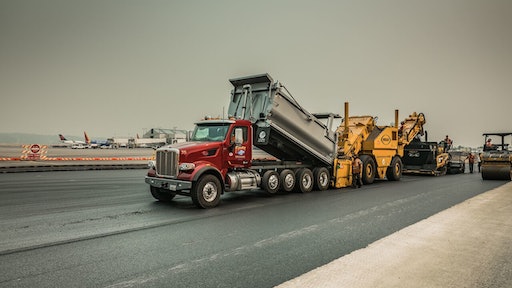 White House press secretary Jen Psaki appeared on "Fox News Sunday" where she indicated that the Biden administration would pursue two pieces of legislation as part of its push to rebuild the nation's infrastructure.

"It will be two separate proposals, and we'll work with the Senate and House to see how it should move forward," she said.

The first proposal will likely address physical infrastructure such as roads, bridges and efforts to expand rural broadband access, according to the press secretary, while a separate bill unveiled in April will cover issues such as child care and health care.

News that the push will be split into two pieces of legislation comes just days after a source close to the White House revealed that the price tag for Democrats' next legislative push could be upwards of $4 trillion and that it would be a wide-ranging effort aimed at funding a host of domestic programs such as community college tuition, health care subsidies, pre-K programs and more.

Psaki said the White House had yet to settle on its legislative strategy for the two bills, “but I will say that I don’t think Republicans in this country think we should be 13th in the world as it relates to infrastructure," she said.  “Roads, railways, rebuilding them, that’s not a partisan issue.

President Joe Biden will lay out the first part of his multitrillion-dollar economic recovery package this week, focusing on rebuilding roads, bridges and other infrastructure, followed by a separate plan later in April addressing child and health care.

That plan “will address a lot of issues that American people are struggling with — child care, the cost of health care,” Psaki said.

Biden will release details in a speech Wednesday in Pittsburgh about his proposal for federal investments in physical infrastructure, an issue that has drawn Republican support despite wariness over a pricey package so soon after passage of the $1.9 trillion Covid-19 relief plan.

Democrats have been aiming for a broader package that could include policy changes on green energy, immigration and other issues — as well as make permanent some of the just-passed Covid-19 assistance such as child tax credits.  Congressional Republicans are pushing back against this type of legislation, saying that the focus needs to be on our crumbling roads and bridges, not broader Democratic priorities.