Congressional Republicans are pushing back against the Biden's ambitious infrastructure proposal, warning that any plan that strays from core transportation priorities to one that tackles climate change and social justice won't get GOP support 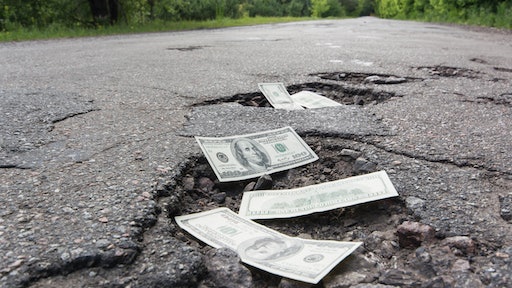 During a hearing before the House Committee on Transportation and Infrastructure, Transportation Secretary Pete Buttigieg made his first congressional testimony since his Senate confirmation and laid out broad priorities for the Biden administration's sweeping infrastructure proposal.

"Across the country, we face a trillion-dollar backlog of needed repairs and improvements, with hundreds of billions of dollars in good projects already in the pipeline," Buttigieg said. "We see other countries pulling ahead of us, with consequences for strategic and economic competition. By some measures, China spends more on infrastructure every year than the U.S. and Europe combined. The infrastructure status quo is a threat to our collective future. We face an imperative to create resilient infrastructure and confront inequities that have devastated communities."

Buttigieg went on to say that the wide-ranging $3 trillion infrastructure bill will be designed not only to repair bridges and modernize railways but also to drive the transition to a clean energy economy.

"In the United States, transportation is the leading contributor to climate change, contributing to a pattern of extreme weather events, which takes a severe toll on our infrastructure," he said. "Every dollar we spend rebuilding from a climate-driven disaster is a dollar we could have spent building a more competitive, modern, and resilient transportation system that produces significantly lower emissions."

Congressional Republicans are pushing back against this type of legislation, saying that the focus needs to be on our crumbling roads and bridges, not broader Democratic priorities.

Other Republicans share his sentiment. GOP Senate Leader Mitch McConnell, R-KY, said he's wary of another mammoth bill that could be a vehicle to promote a liberal agenda, including free community college, universal pre-kindergarten and paid family leave.

“We’re hearing the next few months might bring a so-called 'infrastructure' proposal that may actually be a Trojan horse for massive tax hikes and other job-killing left-wing policies," he said on the Senate floor Monday.

The prospect of a bill to rebuild highways, repair crumbling bridges and modernize the nation's rail systems should be viewed by both parties as an opportunity for a bipartisan moment in a Congress wracked by separation. But even that may be difficult

House Speaker Nancy Pelosi (D-CA) has called on Democratic committee chairs in Congress to craft a "big, bold and transformational infrastructure package" with their Republican counterparts, adding that she hopes a bipartisan "spirit will prevail" to address critical needs in energy, broadband, education, housing and utilities while creating jobs "in every zip code."

Pelosi however said they but won't take out provisions addressing social justice or climate aspects for the sake of placating Republicans.

"We cannot settle just for what we can agree on without recognizing that this has to be a bill for the future, that we have to recognize the climate crisis and what we can do," she told reporters on a press call.

Republicans are still angry about the way they feel Biden's $1.9 trillion COVID relief bill, known as the American Rescue Plan, was jammed through the Democratic-controlled Congress without a single GOP vote and say these type of politics should not happen again with an issue so large as infrastructure.

The Need is Now

As Congress continues to argue, the country’s total infrastructure needs over the decade are approaching $6 trillion or about $2.6 trillion more than what the public and private sectors are projected to spend, according to the American Society of Civil Engineers.

If not addressed, ASCE projects the "overdue infrastructure bill" will cost each American household approximately $3,300 per year in lost productivity and higher prices for goods and services.

“From day one, President Biden has made it clear that one of his top priorities is investing in a transportation infrastructure, and he sees that as a key way of strengthening our economy, create good-paying jobs and address climate change,” Senator Tom Carper (D-DE) said during the annual Washington Briefing of the American Association of State Highway and Transportation Officials (AASHTO). "The American people are counting on us to make this happen. They don’t want to hear us talking about what needs to be done. They want us to work together and get it done.”

President Joe Biden is expected to outline his infrastructure plan March 31 in Pittsburgh, followed by the April 1 expected release of a Fiscal Year 2022 government spending proposal likely to include further details on infrastructure principles.

Stay tuned to ForConstructionPros.com as infrastructure news from Washington unfolds.