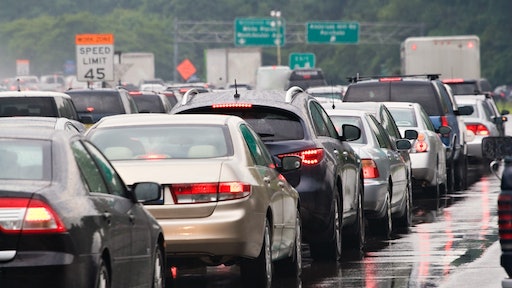 The Biden infrastructure plan has been a hot topic all over the news the last few weeks. The American Jobs Plan calls on Congress to make a historic and overdue investment in our roads, bridges, rail, ports, airports and transit systems. No one on either side of the aisle however can decide how to pay for it.

A key Senate Democrat said he supports making people pay to use transportation infrastructure even as the White House eyes raising corporate taxes to pay for its own infrastructure package.

"Things that are worth having are worth paying for and those that use roads, highways and bridges have an obligation to help pay for them," Sen. Tom Carper (D-DE), chairman of the Senate Environment and Public Works Committee, said during a Brookings Institute event. "“For years, we have taken a user-pay approach. If you use roads, highways, bridges, you have to help pay for that. I think that’s sound policy and one that we should continue."

This comes just days after Biden had said an increase to the gas tax, a user-based fee, would not be a viable option. Instead, the White House has proposed increasing the corporate tax rate from 21 percent to 28 percent to pay for Biden's $2.3 trillion infrastructure plan.

Unlike a corporate tax increase like Biden is suggesting as a pay-for, experts say a higher gasoline tax could disproportionately hurt working and lower-income Americans. It would impact those who have to drive to and for work and apply equally to lower- and higher-income drivers. Carper offered an option to combat that.

"For those that are lower income, we could rebate people a certain amount of money that would enable them to get back a percentage of what they paid in gas taxes," Carper added.

Carper also said he thinks that in the future, the country may look toward using a “vehicle miles traveled” approach.

"Regardless of whether you're driving a gasoline- or diesel-powered vehicle or an electric-powered vehicle, hydrogen-powered vehicle, you're going to pay directly or indirectly for the construction of our roads, highways and bridges. That's the future. That may be 10 years away," Carper said.

The national piggy bank for funding road and mass transit projects since 1956, the Highway Trust Fund, has been in the red since 2008. Congressional budget forecasters warn it could have a $207 billion shortfall by 2031 without new sources of revenue.

The fund is fed by an 18.4 cent per gallon tax on gasoline and a 24.4 cent tax on diesel, both of which have not been raised in nearly three decades, even as fuel efficiency standards have improved. That makes fuel cheap.

Business groups and lawmakers on both sides of the aisle have been pushing Biden to raise U.S. fuel taxes, some of the lowest in the world, for the first time since 1993. They also want a new mileage tax that would sweep in electronic vehicles to plug holes in the national highway fund.

However, Biden is expected to ignore calls from lawmakers for a new way to tax motorists based on how far they drive, not how much fuel they use. A vehicle’s miles traveled, or VMT, tax would mean electric car owners help pay for the nation’s infrastructure and help to offset rising fuel efficiency standards that have led to declining trust fund revenues.

Last month, US Transportation Secretary Pete Buttigieg told CNN a vehicle miles traveled fee is “not part of the conversation about this infrastructure bill.” Buttigieg has previously spoken about the idea of a VMT but has acknowledged it faces challenges regarding privacy and technology.

The problem is that a VMT tax could take years to implement fully, but it does have bipartisan support.

“As a conservative, I strongly believe in the user-pays principle, and I believe that we need to start ensuring that all users pay their fair share for the roads they’re using,” said Sam Graves, the ranking Republican on the House Transportation and Infrastructure Committee.

The committee’s chairman, Peter A. DeFazio, a Democrat from Oregon, has supported raising the gas tax but also wants to provide seed money to experiment with a VMT system, which he calls inevitable.

Some experts have also Carbon tax might also be used to pay for this plan. This would be a new revenue stream which is appropriate for this purpose because this program is a long-term measure. And a measure that could pay.

Analysts at the Tax Policy Center have estimated that a $43 per metric ton carbon tax, rising annually by inflation plus 5 percent, would have raised about $180 billion this year and nearly $300 billion in 2031.

Regardless of how it's paid for, the industry is ready.

NWZAW is set for April 26-30 and your company should plan to participate and raise awareness of how we can keep our workers safe while on the job
Jessica Lombardo
April 15, 2021
Follow Us