A bipartisan group of senators who have been working on an infrastructure proposal for weeks have reached a deal with President Biden who announced the $974 billion plan will be moving forward. 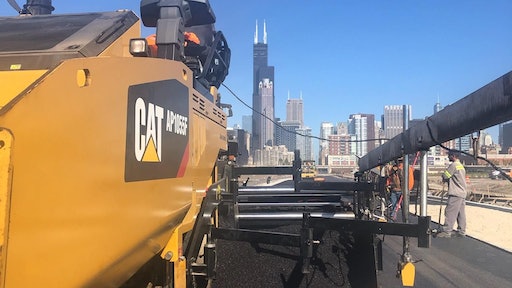 A bipartisan group of Senators has been working on a scaled back infrastructure proposal in an attempt to keep negotiations on the topic moving forward. The plan, according to the Senators, consists largely of details the bipartisan group has released in recent weeks as the senators tried to gain momentum for their proposal. It includes roughly the same amount of new spending, $579 billion, for a total of $974 billion over five years or $1.2 trillion over eight years.

According to The Hill, Senators spent "days" of high-profile confusion and divisions over how to pay for the agreement, and emerged from Wednesday night's meeting saying that both the top-line and the how to pay for it had been locked in. Biden has agreed to move forward with the framework.

The President acknowledged the deal would not include proposals he's made for spending to help American families, but firmly endorsed the deal on infrastructure in unusual remarks just outside the White House with the Republican and Democratic senators looking on.

“I think it’s really important, we’ve all agreed that none of us got all that we wanted," Biden told reporters. "That's what it means to compromise. That's Democracy. I clearly didn’t get all I wanted but this represents the fact that American Democracy can deliver.”

Timeline of How Biden's Infrastructure Plan has Progressed

The agreement was reached after weeks of negotiations, and with progressive Democrats repeatedly calling on the White House to back away from the talks, which some liberals fear could prevent a much larger package from moving forward. Still, Biden praised the bipartisan work that was done to get to this point.

"The deal announced today, there is plenty of work ahead to bring this home," he said. "It's going to require hard work and collaboration. There will be disagreements to be solved and more compromise along the way, but the American people can be proud today. We are the United States of America. Bipartisanship is hard, but it's necessary and it can be done."

The framework will include $579 billion in new spending, the White House said.

Jeff Davis of EnoTrans broke down spending of the American Jobs Plan (AJP) vs. the bipartisan framework and found that the bipartisan plan would spend about $255 billion less than the AJP.

Many outside of Washington are applauding the plan as it would not raise taxes on corporations. Instead, it would be paid for with unused COVID-19 relief money, user fees, increased tax compliance and other measures.

“Our nation’s economic strength and long-term competitiveness depend on a robust and modern infrastructure,” U.S. Chamber of Commerce President and CEO Suzanne Clark said in a statement. “We applaud the White House and [bipartisan] group of senators for agreeing on a framework to invest in critical, physical infrastructure.”

National Association of Manufacturers President and CEO Jay Timmons echoed those sentiments in a separate statement saying: “This is how we build to win. This shows that governing with big ideas is still possible in America.”

“Bold infrastructure investment will secure a better future for our nation and industry and help more Americans reach their full potential,” Timmons added. “And building it on a foundation of bipartisanship and consensus will help restore faith in our institutions—and prove that America can still bridge party divides to do great things.”

Business groups are pushing Democrats to take the bipartisan deal and reject a larger spending package that would pass through budget reconciliation without Republican votes.

Reconciliation for Second Half of Plan

Biden on the other hand, said he intended to continue his pursuit of a larger package on spending through a budget reconciliation measure, which would allow it to pass the Senate with just Democratic votes. These pieces of legislation may contain more of his original $1.25 trillion plan to repair infrastructure and address climate change that he revealed at the end of March.

"I've proposed significant legislation in three parts and all three parts are equally important. I'm not just going to sign the bipartisan plan and let the rest go, I'll be pursuing the rest through reconciliation," Biden said.

Biden said the infrastructure bill will move on a “dual track” with a separate spending package that advances Democratic priorities, but made sure to ensure he thought the progress on this initial plan was a win.

"Today is a huge day for half of my original infrastructure proposal," Biden said. "This foundation represents two-thirds of that original plan and I will get to work with Congress on the rest of my plan."

"Equipment manufacturers applaud the steadfast leadership provided by President Biden, the G21 group of senators, and others closely involved in crafting the current bipartisan infrastructure framework. The Association of Equipment Manufacturers and the 2.8 million men and women of this industry have long called for a transformative investment in our nation’s physical infrastructure so they can continue to build, feed, and power the world, and are pleased to see such important progress being announced today. However, the job is not done. Despite what skeptics say, we can and must get this deal all the way across the finish line in a bipartisan manner. Equipment manufacturers urge lawmakers, staff, stakeholders, and the American public to remain positive and focused on getting this generational bill passed and signed into law."

The House plans to consider during next week the INVEST in America Act, which contains a five-year, $584 billion surface transportation bill.  It is expected to pass with mostly Democratic votes. Next, Senate Majority Leader Chuck Schumer (D-NY) is planning to move the bipartisan infrastructure package on a dual track with a broader budget reconciliation package containing additional Democratic priorities.

House Speaker Nancy Pelosi (D-CA) said the House will only take up the Senate’s measures once both have advanced. President Biden echoed this sentiment when he committed to only signing legislation after both measures pass Congress. The timing of final enactment of an infrastructure package and associated surface transportation programs policy changes is unclear right now. ARTBA will update members as new developments advance.

Stay tuned to ForConstructionPros.com for the latest updates.