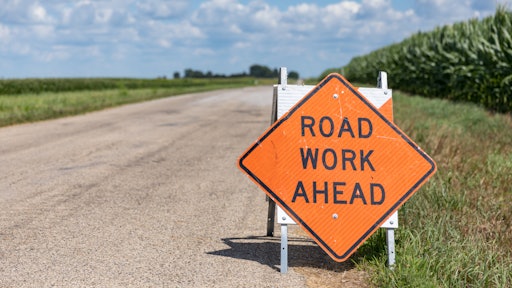 In a meeting with the GOP’s top negotiator, Sen. Shelley Moore Capito (R-WV), President Joe Biden raised the possibility he could take the proposed 28% tax increase off the table to pay for his sweeping infrastructure legislation in an attempt to broker a compromise, according to the Washington Post.

When Biden laid out his American Jobs Plan, he proposed raising the corporate tax rate from 21% to 28% to help pay for his $2 trillion proposal. His initial proposal would also increase the global minimum tax rate on U.S. corporations from 13% to 21% and close certain offshore tax loopholes.

Republicans immediately balked at this pay-for which they indicated would slow the economic recovery and make the U.S. less competitive globally – the exact opposite of the goals of the infrastructure plan.

Both sides of the aisle have been working to come to an agreement on the plan with both Senate and House Republicans offering their own versions of an infrastructure plan with a much more narrow scope.

What This Means for Infrastructure Negotiations

While Biden has not abandoned his support for the tax increase generally, believing profitable companies must pay their fair share, the moves still mark a potential new concession in stalled talks over funding to improve the country’s roads, bridges, pipes and ports.

See a full break down of infrastructure negotiations here.

This proposed minimum corporate tax of 15 percent would seek to take aim at dozens of profitable U.S. corporations that pay little to nothing to the federal government annually, the Washington Post reported. Biden’s emphasis on these elements of his tax plan marked an attempt by the White House to thread a delicate political needle. It aimed to preserve the president’s 2020 campaign pledge not to raise taxes on Americans making under $400,000 a year, while steering clear of the “red line” set down by Republicans who see the 2017 tax cuts as their crowning economic achievement.

Even with the new concession on taxes, the White House’s roughly $1 trillion plan still amounts to four times as much as Republicans have been willing to spend to improve the country’s roads, bridges, pipes, ports and Internet connections. Entering the meeting, GOP leaders had endorsed roughly $257 billion in new spending, while maintaining an unwavering opposition to any tax hikes to finance infrastructure reform.

Both sides are set to meet again Friday, 6/4, though Republican leaders are still deciding whether to put forward another counter-offer or to walk away from the negotiations entirely and Democrats are ready to move forward without them.

Stay tuned to ForConstructionPros.com for the latest news from Washington.