In yet another effort to garner bipartisan support for an infrastructure proposal, House Republicans offer a potential third option for infrastructure funding, one that’s more narrowly focused than either the White House or Senate Republicans’ plan 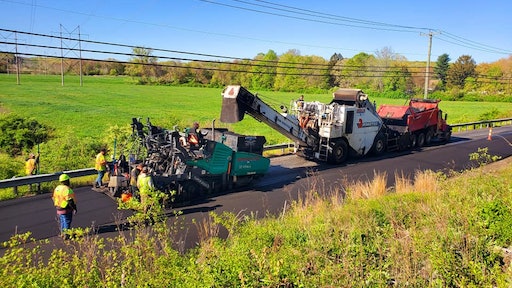 Negotiations in Washington continue as Democrats and Republicans try to come to an agreement on how to bring President Biden's $2 trillion infrastructure package to life.

Democrats have applauded the American Jobs Plan but Republicans say the plan is far too broad. Last month, Senate Republicans unveiled a much more narrow plan that is about a quarter the size of Biden's sweeping $2.3 trillion proposal and focuses narrowly on broadband access and traditional infrastructure projects. The GOP plan would cost about $568 billion and includes "baseline” spending of $260.5 billion for highways

This week, House Republicans offered a third proposal,  a five-year, $400 billion proposal for highways, bridges and transit. Despite its size, the proposal is the smallest of the three major infrastructure proposals floating in Congress.

“Our bill focuses on the core infrastructure that helps move people and goods through our communities every single day, cuts red tape that holds up project construction, and gets resources into the hands of our states and locals with as few strings attached as possible,” said Rep. Sam Graves, of Missouri, the ranking member of the House Committee on Transportation and Infrastructure and a lead sponsor of the bill.

Building upon last year’s Surface Transportation Advanced through Reform, Technology, & Efficient Review (STARTER) Act, Graves says this new STARTER Act 2.0 focuses on core infrastructure programs – like fixing our roads and bridges – rather than creating a bunch of new programs and mandates that just get in the way of fixing and improving our Nation’s infrastructure.

Unlike the proposals currently on the table from the White House and Senate Republicans, Graves’ bill is not a piece of standalone legislation. Rather it is a reauthorization of the current five-year transportation funding bill, which expires on Sept. 30. This program would increase the money for surface transportation projects by a third, or about $100 billion.

This GOP counteroffer plan would be limited to hard infrastructure, and it would be paid for using a mix of user fees, repurposed coronavirus relief funds and public-private partnerships. While this bill appears great for our roadways, it will face hurdles with Democrats as it does not address several other elements of infrastructure that the standalone plans of both the Democrats and the Senate Republicans address, such as broadband, mass transit, water projects and airports.

Beyond those, Biden’s plan would also include billions more to fund research and development, schools and electric-vehicle charging stations. Republicans insist that any bipartisan bill include a tax or a fee on electric-vehicle drivers, who do not pay the gas taxes that fund the federal Highway Trust Fund. Democrats, however, insist that any final bill also include money to install hundreds of thousands of new charging stations for electric vehicles across the country.

The challenge is finding the compromise.

“As the process for considering legislation on infrastructure moves forward, I am eager to see these proposals become part of a robust bipartisan effort — just as the President continues to call for,” said Graves.

Biden has said he wants to reach a compromise agreement with Republicans on infrastructure. To do that, he appears to be willing to bundle the “hard infrastructure” elements of his American Jobs Plan into a separate bill if that means it could pass with bipartisan support.

Biden has said he wants to see movement on this legislation by Memorial Day. Stay tuned to ForConstructionPros.com as details unfold.