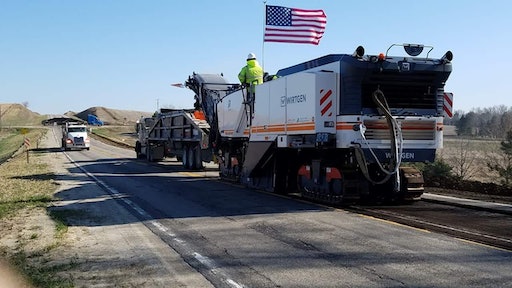 President Joe Biden will unveil a more than $2 trillion infrastructure package as his administration shifts its focus to bolstering the post-pandemic economy. The plan, which the Administration is calling the American Jobs Plan, will start by addressing physical infrastructure such as roads, bridges and efforts to expand rural broadband access.

The plan Biden will outline Wednesday contains four parts broken up into transportation infrastructure, modern infrastructure like broadband, investing in the care economy to aid health workers and funding innovation and research and development infrastructure. Spending will be spread out over eight years and would raise the corporate tax rate to 28% to fund it according to CNBC.

The announcement will kick off Biden’s second major initiative after passage of a $1.9 trillion coronavirus relief plan earlier this month. In the new move, the administration aims to approve a first proposal designed to create jobs, revamp U.S. infrastructure and fight climate change before it turns toward a second plan to improve education and expand paid leave and health-care coverage.

This first proposal would:

Details Emerge from the White House

The White House says the plan would specifically: Fix highways, rebuild bridges, upgrade ports, airports and transit systems. The President’s plan will modernize 20,000 miles of highways, roads and main-streets. It will fix the ten most economically significant bridges in the country in need of reconstruction. It also will repair the worst 10,000 smaller bridges, providing critical linkages to communities. And, it will replace thousands of buses and rail cars, repair hundreds of stations, renew airports and expand transit and rail into new communities.

"President Biden is calling on Congress to make a historic and overdue investment in our roads, bridges, rail, ports, airports and transit systems," The American Rescue Plan document says. "The President’s plan will ensure that these investments produce good-quality jobs with strong labor standards, prevailing wages, and a free and fair choice to join a union and bargain collectively. These investments will advance racial equity by providing better jobs and better transportation options to underserved communities. These investments also will extend opportunities to small businesses to participate in the design, construction, and manufacturing of new infrastructure and component parts. President Biden’s plan will deliver infrastructure Americans can trust, because it will be resilient to floods, fires, storms, and other threats, and not fragile in the face of these increasing risks.

President Biden is calling on Congress to:

Alongside his American Jobs Plan, President Biden is releasing a Made in America Tax Plan to make sure corporations pay their fair share in taxes and encourage job creation at home. A recent study found that 91 Fortune 500 companies paid $0 in federal taxes on U.S. income in 2018. Another study found that the average corporation paid just 8 percent in taxes. President Biden believes that profitable corporations should not be able to get away with paying little or no tax by shifting jobs and profits overseas. President Biden’s plan will reward investment at home, stop profit shifting, and ensure other nations won’t gain a competitive edge by becoming tax havens.

The multi-trillion dollar plan would dramatically boost infrastructure spending, but concerns have emerged over federal requirements, such as project labor agreements, and the proposed corporate tax increases to pay for it
Becky Schultz
March 31, 2021
Follow Us