Wayne A. Drinkward, Chairman and CEO of Hoffman Corporation is elected Chairman for a one-year term 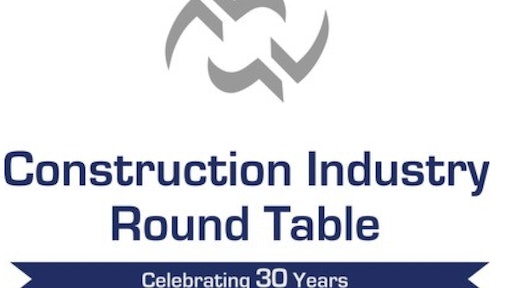 The Construction Industry Round Table (CIRT), the national business trade association comprised exclusively of approximately 120 chief executives from the leading design and construction companies doing business in the United States and globally, has elected Wayne A. Drinkward, Chairman and CEO of Hoffman Corporation, as Chairman of the organization for a term of one year. He succeeds H. Ralph Hawkins, FAIA, Chairman Emeritus of HKS, Inc. Drinkward was elected during CIRT's Annual Spring Meeting which occurred during Infrastructure Week last month in Washington, DC, and which also welcomed new directors.

"It is exciting to chair a group that represents so many great companies that are at the forefront of our economic recovery and so much a part of our national discussion on rebuilding American infrastructure," Drinkward said.

In welcoming Drinkward as the new Chairman, CIRT President Mark A. Casso, Esq., NAC noted, "Each year CIRT is fortunate to have a highly-accomplished leader from the design and construction industry step into the role of Chairman, and this year is no different with the election of Wayne Drinkward. He has been extremely successful in building Hoffman Corporation into a respected business and community leader in Oregon, and has shown that same thoughtful insightful approach within CIRT. His knowledge of the emerging cyber, network systems and power needs as they relate to the proposed national infrastructure initiative will be of great value."

In addition to the executive committee elections, CIRT also welcomed the following four industry leaders as new directors who will serve on the board through 2020:

"CIRT is fortunate to have a dedicated board of such highly regarded industry professionals. We offer congratulations to our new officers and directors, and thank all of our current and outgoing directors for their service to CIRT and its members as well as the design / construction industry," said Casso.